Let's see which member you are? 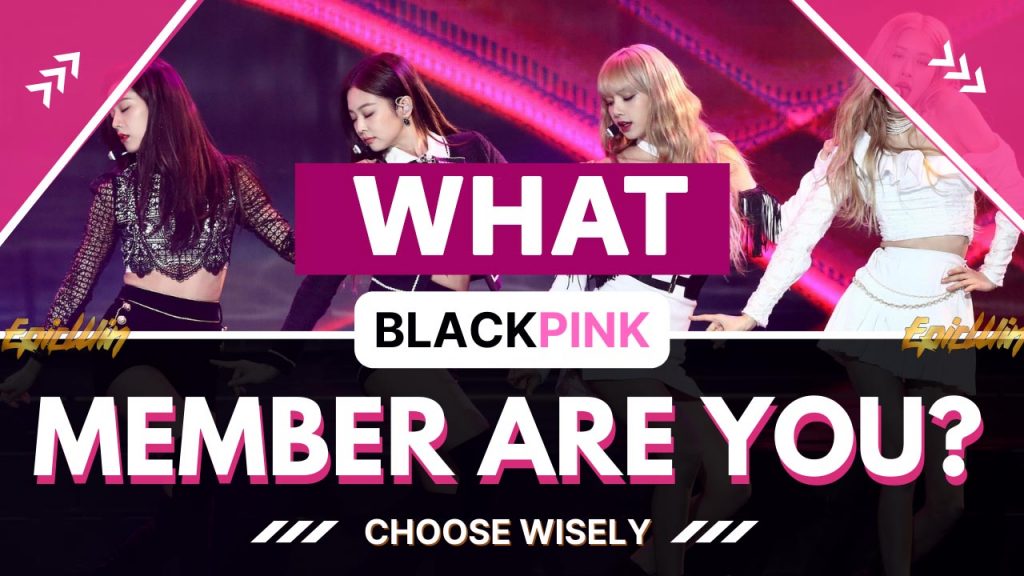 What Blackpink Member Are You Quiz

Today you are going to find out what B-pink member you are. You might not believe us but today is the day. We already know which blackpink person you are, but we can’t tell you just yet. We have a few things we need to ask you first, before we give you the good news. Make sure you read carefully and check our other south Korean k-pop quizzes.

How to Play the Quiz

Our blackpink member’s quiz is very easy to play. You will have twenty questions to get through. You will be shown the questions that you got correct and wrong at the end of the quiz. You will also be able to retry the quiz at the end, as we all know you want to get a clean 20 out of 20. All TRUE  Black-P fans have done this, so you can too.

In blackpink, the group personalities are all obviously different in nature. They all come with their own flavour and that’s what makes them work well together. The members we think are the most funny blackpink ladies are Rose and Jisoo. They have brought many smiles to many of the epicwin staff and they will more than likely continue to do so. Gotta love a decent Blackpink quiz. One of our fav female k-pop group’s. Love and respect to all of them, jisoo jennie lisa and rose. And they make amazing music. While your here, looking for a black-pink soulmate by any chance? 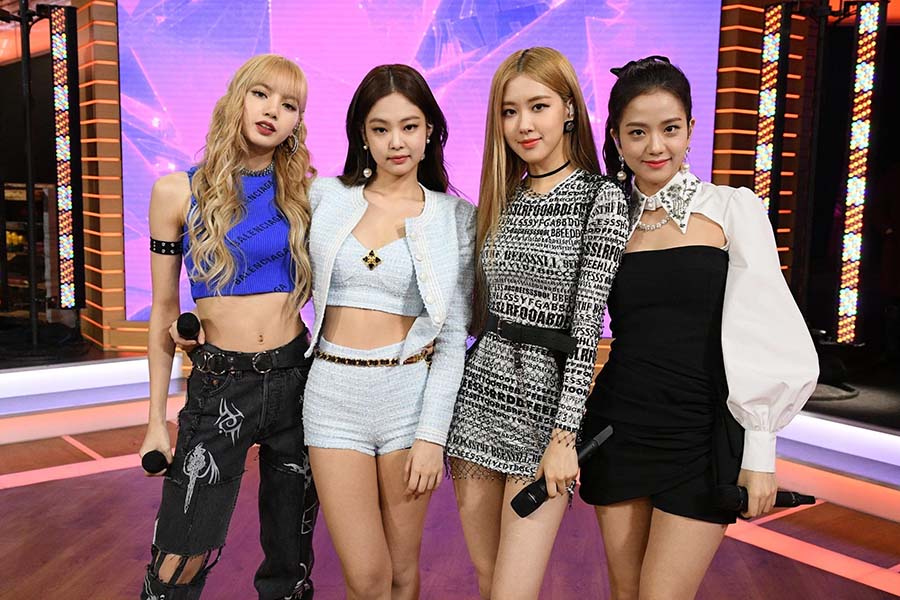 There are only four ladies in the k-pop band black pink. They all are from south Korea apart from Rose who is part of New Zealand. They are our top k-pop girl group. This is vital info to get you ready for the quiz.

Gunpo, Gyeonggi Province, South Korea was the birthplace of Kim Ji-soo. She arrived on earth on January 3, 1995. In addition to her younger sibling, she also has an elder sibling. She used to play basketball and train in Taekwondo as a kid. She aspired to be a painter and a writer when she grew up. TVXQ, a South Korean boy band, was a favorite of hers. As an 11th-grader, she joined the theatre club at the School of Performing Arts Seoul and gained further experience in the entertainment industry through auditions. Jisoo grew up in a family of six, including her parents, siblings, and even her grandmother. You must feel like you know Jisoo well now, nearly quiz time.

The daughter of South Korean immigrants, Roseanne Park was born on the 11th of February, 1997, in Auckland, NZ. Her sibling is older than her. She was seven years old when her family relocated to Melbourne, Australia. She studied at Kew East Primary School in Australia, completing in 2009, and Canterbury Girls’ College in Melbourne, where she studied law, graduating in 2012. As a kid, she started singing in religious choirs and eventually picked up guitar and piano as well. This girl just knows music.

On January 16, 1996, Jennie Kim arrived on earth to a single mother in Cheongdam-dong, Gangnam-gu, Seoul. Prior to relocating to NZ, she went to Cheongdam School in Seoul, where she learned English. She visited Australia and New Zealand with her family while she was eight years old. One year after she said “yes” to her mother’s question about whether or not she liked NZ and wished to remain, Jennie was sent to Auckland to attend Waikowhai Intermediate School, where she resided with a home-stay family. In the MBC feature, Jennie talked about her experiences learning a foreign language (2006). She aspired to be a ballet dancer as a young girl. She attended College after finishing her intermediate education. She is our top group member.

A psychic recommended that she officially alter her given name from Pranpriya Manobal to Lalisa after she arrived on earth in Buriram District, Thailand, on March 27, 1997, to bring great luck. Her mom, a Thai, and stepfather, a Swiss, reared her alone as a child.. Her mums name is Chitthip Brüschweiler. Her stepfather is Marco Brüschweiler, a well-known chef presently working in Thailand. Don’t worry we are well on the way to finding out which Blackpink member are you. 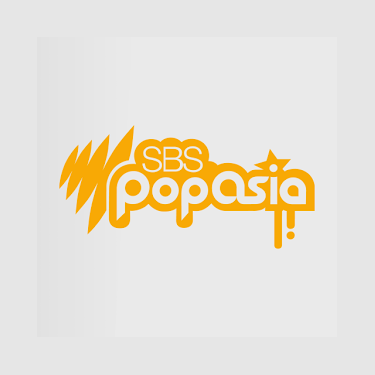 Blackpink have been featured in SBS Popasia over the years and have continued their success. They were featured in SBS when they teamed up with lady Gaga for the “Sour Candy” release. In case you didn’t know we have many other Bpink quizzes. We know you love their music. All vital information.

Beginning on July 24 and 25 in Osaka, Blackpink performed before a sold-out crowd in support of their Japanese EP. Six concerts were scheduled for Osaka, Fukuoka, and Chiba, but a seventh was added owing to popular demand. Later, as a Christmas present to their fans, Blackpink scheduled a last tour stop for December 24 at Kyocera Dome Osaka, where they played to a sold-out crowd of 50,000. Their debut concert in Seoul, Blackpink 2018 Tour [In Your Area] Seoul x BC Card, was announced for the Olympic Gymnastics Arena on September 12. 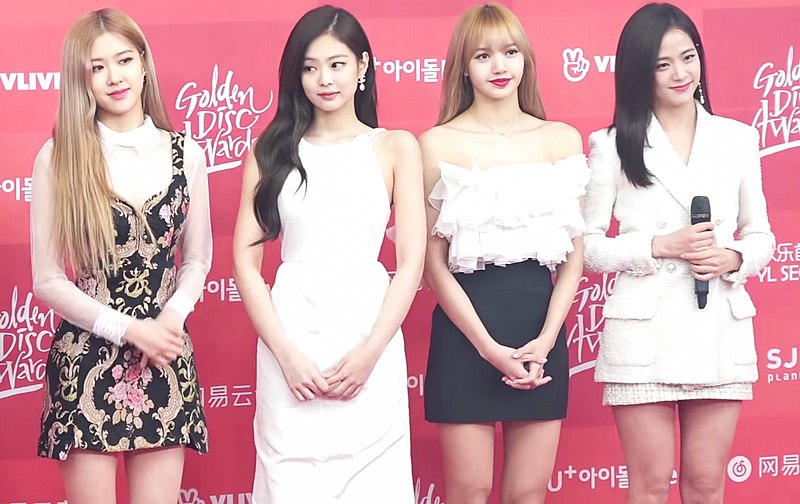 The event kicked off the In Your Area World Tour, which ran all through 2019 and into early 2020 throughout the globe in continents including North America, Europe, Oceania, and Asia. The tour broke all previous records for revenue earned by a Korean female group by the time it concluded. Are you feeling ready for our quiz? This is gonna be one of those quizzes that you think, wow, that was fun. A true test for the real fans who want to find out which blackpink member you are.

It was announced in October 2018 that the band had inked a worldwide distribution deal with Interscope Records and YG Entertainment, with the former label handling their international distribution and the latter handling their Asian distribution. The In Your Area World Tour, that Blackpink extended in November 2018, had thirteen stops in Asia between January and March of 2019. Jennie debuted her solo single “Solo” on November 11 at Blackpink’s concert in Seoul; the song and its accompanying music video were issued the following day. Blackpink in Your Area, their debut studio album in Japan, was released online on November 23 and on hard media on December 5. The album, which featured Japanese renditions of all of their prior recordings, debuted at number nine on Japan’s Oricon Albums Chart. They are almost as amazing as BTS. Ready for the quiz yet? also don’t forget to check out the quiz hub.