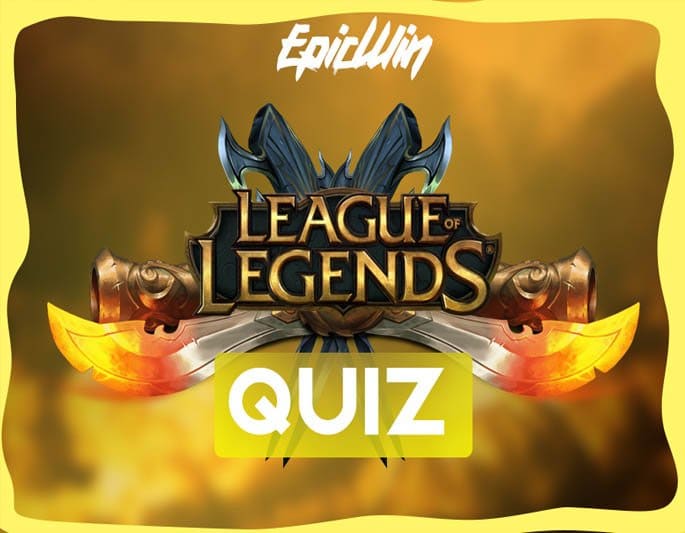 Lets see if you know your LOL characters?

Welcome to our League of Legends Quiz. This has been a quiz that many of the EpicWin staff have been looking forward to its creation. Mainly because they are all League of Legends (LOL) fans. Now we know that there are many other League of Legend quizzes out there to choose from. What we found was they just didn’t test our knowledge enough.

League of Legends (as if you didn’t know..) is a multiplayer online video game. It was created and released by Riot games in 2009. It was inspired by the World of Warcraft series. It features characters that are known as “Champions”. These champions battle it out between each other to come out on top. Each champion has a set of specific skills and weapons. The main goal of the game is to destroy the other team’s golden goose or their “Nexus”. You obviously won’t be playing the actual game while your here. No nexus to be found around here buddy. However, you are here to show us your knowledge of this game.

You will be presented with 15 Champions in total. You will have to pick one Ultimate ability that belongs to each champion. The only way you would know each of these champions’ ultimate ability is by having played the game. If you don’t know their ability, well you won’t do too well with this quiz. As stated before, this quiz is for TRUE League of legends fans. If you feel brave and think you will ace this league of legends quiz, let’s see what you got! If you want to check out our other quizzes, head over to the hub page.

How to play our League of legends Quiz?

The strategy that we have put in place for this league of legends quiz has been classed as Difficult by the EpicWin team. We felt that the true fan will prevail, and did not see a point in making it easier. You will have fifteen questions to answer. Each question has a maximum of four answers to choose from. For each question, there is only one correct answer.  If an incorrect answer is given you will not be able to advance to the next question until you answer the current question correctly. If you answer a question correctly, you will be redirected to the happy screen. If you answer wrongly you will be redirected to the sad screen. Word of advice, you do not want to go anywhere near the sad screen.

Get Ready for our League of legends Quiz 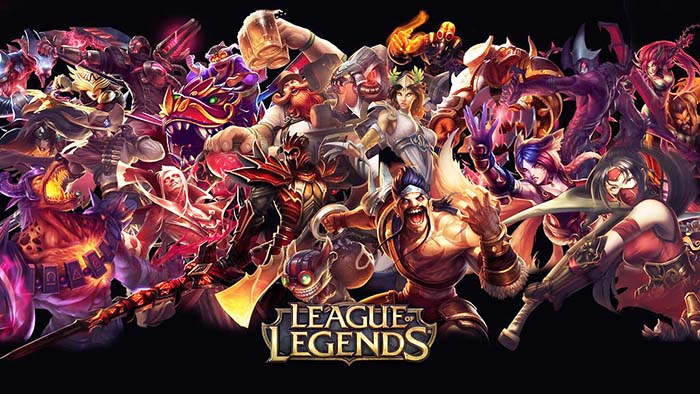 The evolution of League of Legends from a small side project to a global phenomenon with millions upon millions of players is quite amazing. If a person was to direct a movie about it, it’d be a fairytale-like no other. But how did it happen in the first place? What set League of Legends apart from the plethora of identical video games? What was the catalyst for the game’s meteoric surge to fame? Let’s continue  The League of Legends story.

League of Legends is sometimes known as League or LOL. This video game is a multiplayer online role – playing game that was produced and distributed by Riot Games in 2009. Riot’s founders were heavily inspired by Defense of the Ancients, which was a customized map for World of Warcraft III, and they wanted to create an independent game with the same style. The game has also been free-to-play ever since introduction in October 2009, and it is funded by character customization. The videogame is compatible with both Windows and Mac OS X.

Offtopic – Ever played assassins creed? Did you know that League of Legends was neither the first Multiplayer Online Battle Arena, or MOBA, or even the video game that propelled the industry ahead in its early stages. It was, ultimately, a key driver that facilitated distribution through popularity and excitement to keep the interest high, as well as to aid esports to flourish globally. The game managed to grab the public’s attention and retained it for a long period of time. Key facts to remember for our league of legends quiz.

League of Legends garnered mostly excellent reviews, with critics praising the game’s overall graphics and character designs, and total production value. The game’s lengthy tradition has led to a critical reassessment, with positive ratings mostly on the rise. Although Riot’s best efforts, the game’s participants’ hostile and abusive in-game behaviour, has been criticised since the game’s inception. The game reached an all-time high of eight million concurrent users in 2019, and also its success has spawned a slew of spin-offs, including videos, comics, short story collections, and a forthcoming cartoon series. Its popularity has generated multiple sequels, including a smartphone game and a digital collector card game. Dont forget to check our other video game quizzes. Especially our Mortal Kombat Quiz.

Before Starting a Match

First before match starts, you must select a champion (there are presently 132 in LOL) all with unique abilities to compete with. Your persona should be carefully selected depending on the role you play and the strategies your team employs. Three of the five roles are typically lane roles: top lane, mid lane, and bottom lane.

There is also a jungler role – a roamer who pursues the wilderness in between lanes, ever prepared to help a teammate – and a support role who assists where he/she is most required. Wanna try the Pokemon quiz after this?Well, we hope you have enjoyed our mini-history lesson into the league of legends. Our league of legends quiz awaits you… Let’s see if you get past question 5?