Let's see if you're a real Trekkie? 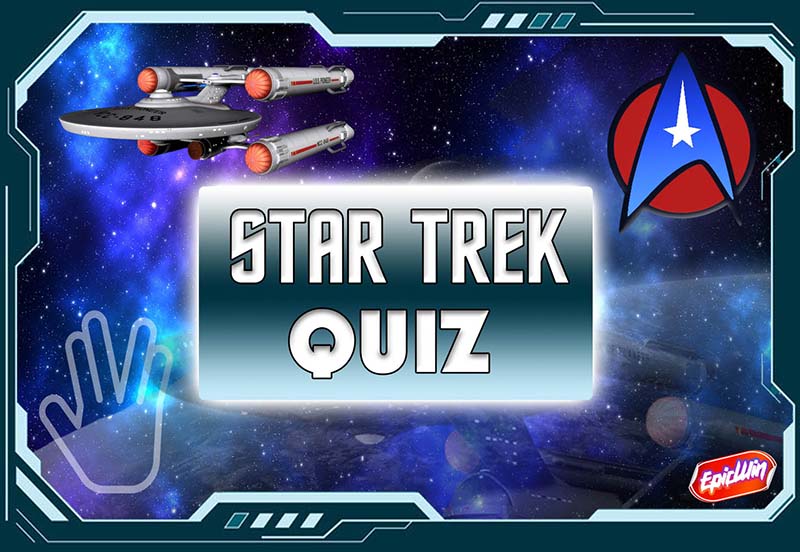 Begin the Trekkie Quiz below!

Welcome to our long-awaited Star Trek Quiz. We say long-awaited because we have had this quiz in our sights for a long time. Not many of the Epicwin crew are “Trekkies” but a few of us do love Deep Space Nine. So we thought we would create a quiz that started from the original series all the way up to the latest installment in the series.

We know you are gonna enjoy playing this quiz if you are a Star Trek fan. If not then we have plenty other amazing quizzes for you to try. This is a great film quiz as well as tv show quiz.  If you wanted to get started with the quiz straight away, hit the big red button above. If you wanted to learn a bit more about how to play then keep on reading below.

Your job in our Inter Galactic Star Trek Quiz is to show us how much of a fan you really are. By that we mean, show us how much you know about the entire series. You can do this by answering all of the questions we have laid out for you in our tricky quiz. You will have twenty questions to answer in this Trekkie quiz. Each question will have four answers to select from. Only one answer will be correct. So make sure you pick the correct answer. If you want to learn more about the series before diving into the quiz, keep reading. Off topic – love Pirates?

Getting you ready for our Star Trek Quiz

Star Trek is a Science fiction tv show that arose from Gene Roddenberry’s 1960s tv show Star Trek. That movie, now commonly referred to as “The Original Series,” premiered on September 8, 1966, and aired on NBC for three seasons. It preceded the journeys of the starship Enterprise, a space exploration ship. 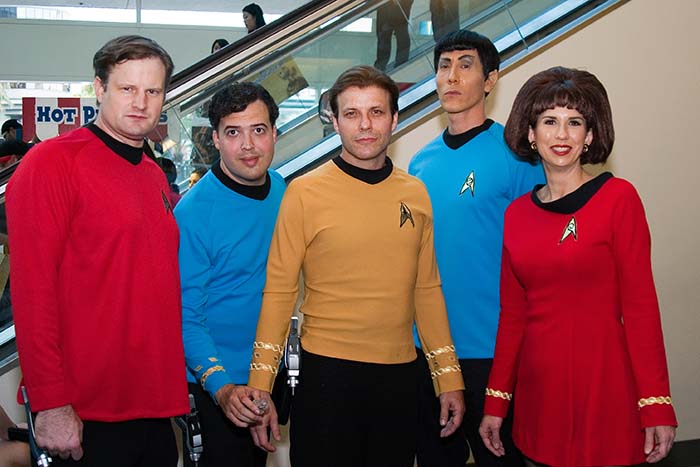 For decades, Star Trek has become a cult sensation. Fans of the franchise are referred to as “Trekkies” or “Trekkers.” The franchise has spawned a multitude of spin-offs, such as games, action figurines, books, toys, and comic books. Did you know there was a Star Trek–themed park in Las Vegas from 1998 to 2008.

There are also two museum shows with props that tour around the globe.  Did you know Klingon was specifically developed for Star Trek. Star Trek has been the subject of many parodies. In addition, viewers have produced a number of fan works. Star Trek was one of the highest-grossing television series ever made as of December 1998, with a total sales of $7.8 billion. 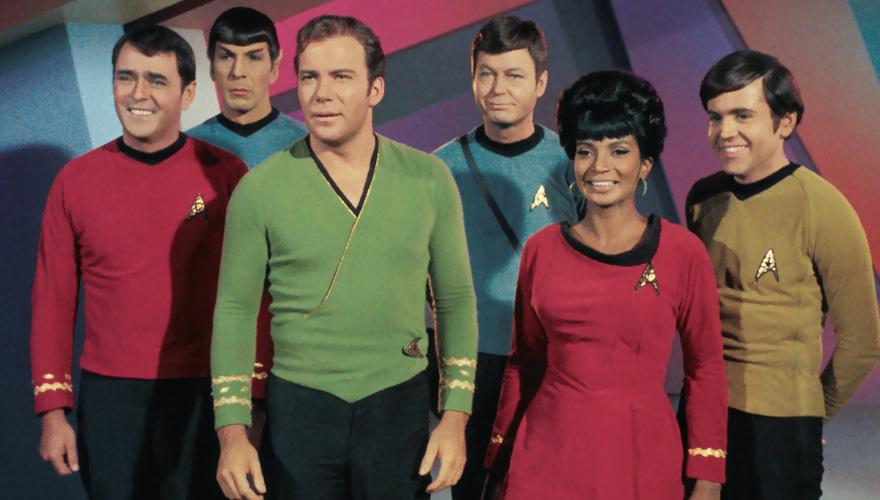 Many people consider the first Star Trek series to be the most popular, and its characters would be recognizable to anybody who has already seen reloaded Trek films. The cast of the starship Enterprise performs a five-year journey of scientific discovery and intergalactic diplomacy under the leadership of the debonair Captain James T.

Kirk (William Shatner). They are members of the Starfleet organization, which is part of the broader diplomatic organization known as the United Federation of Planets (or also just “the Federation”). Offtopic – Remember TMNT?

The first Star Trek sequel series takes place a hundred years after Kirk’s initial five-year quest to open up fresh plot of possibilities. Captain Jean-Luc Picard (Patrick Stewart) leads a whole new team on an ongoing discovery mission on an improved version of the USS Enterprise. The Next Generation, with an even more intelligent leader at the command, brought much more philosophical complexity and sophisticated storytelling in comparison to the initial Star Trek formula. Did you know that  ” The Original Series” and TNG are the two foundations of Star Trek as well as the series that most Trekkies are synonymous with. Key information for our Star Trek Quiz.

Rather than taking place on a moving spacecraft, the new Star Trek spinoff sequence will take place on Deep Space Nine, a fixed location on the outskirts of Federation space. Commander Benjamin Sisko (Avery Brooks), first black leader in a Star Trek film, soon learns to modify Starfleet code to keep his ragtag base going while parenting his child Jake (Cirroc Lofton).

The two preceding Star Trek series are recalled for failing to live up to their promise and have all been criticized for “killing” the brand. Even if Voyager and Enterprise cannot hit the heights of their counterparts, they are still enjoyable to the EpicWin crew.

Voyager began with the idea of “lost in space,” which seemed to imply more of the sophisticated serialized fiction that had come to be associated with Deep Space Nine. Instead, the show followed the episodic Next Generation format, with a largely friendly group of adventurers discovering new alien civilizations and grappling with interstellar occurrences. Make sure you check out our other tv show quizzes. Love rick and morty? Why not head out to sea with us?  If not let’s go back to the 90s. Well, we hope you have gained some vital knowledge to help in our Star Trek Quiz. We feel you can do this now, hit the big green button below. Goodluck.