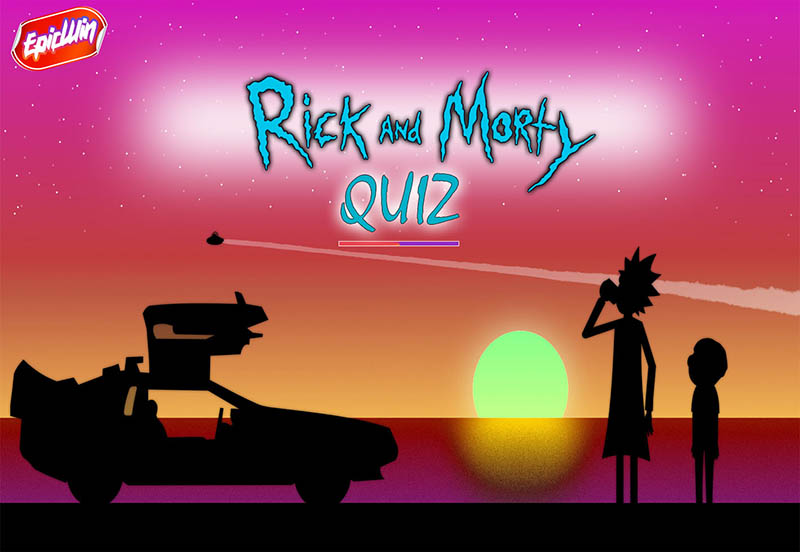 Our Quiz is just a Rickle in Time...

Welcome to our EPIC Rick and Morty Quiz. We have an absolute treat for you today if you’re a Rick & Morty fan. Our guess is your big fan if you’re here. Rick and Morty has always been a staple for all of the Epicwin crew. This and TV shows like family guy are what make the world go round. We know for sure that you are going to love the quiz we have put together for you because we still play it on a weekly basis. Part two of this quiz is coming very soon.  If you want to learn more about how to play keep reading. Wanna try other online quizzes?

How to play the Quiz

Your job in our Rick and Morty Quiz is to show us how much you know and love about the series as a whole. Not just the episodes you find funny. We are looking for people who actually love this show. If you’re one of them then guess what, you are about to play a quiz that would make Rick proud. If you watch it from time to time or whenever BAE isnt home, don’t worry we got the hook up for you. Keep reading. You will have twenty questions to answer. Each question has four options and only one is correct. Keep reading if you want to learn more about this funny as **** TV show. But… If you think your ready, hit the big red button below.

Rick and Morty need barely any introduction. But here it goes for those that don’t know… Rick and Morty is a nighttime Cartoon that started off on the Cartoon networks Adultswim segment. It was created and produced by Justin Roiland and Dan Harmon. The plot revolves around the escapades of the ever-pessimistic mad scientist Rick Sanchez and his good-hearted but nervous grandson Morty Smith, who divide their time between domestic life and interplanetary journeys. 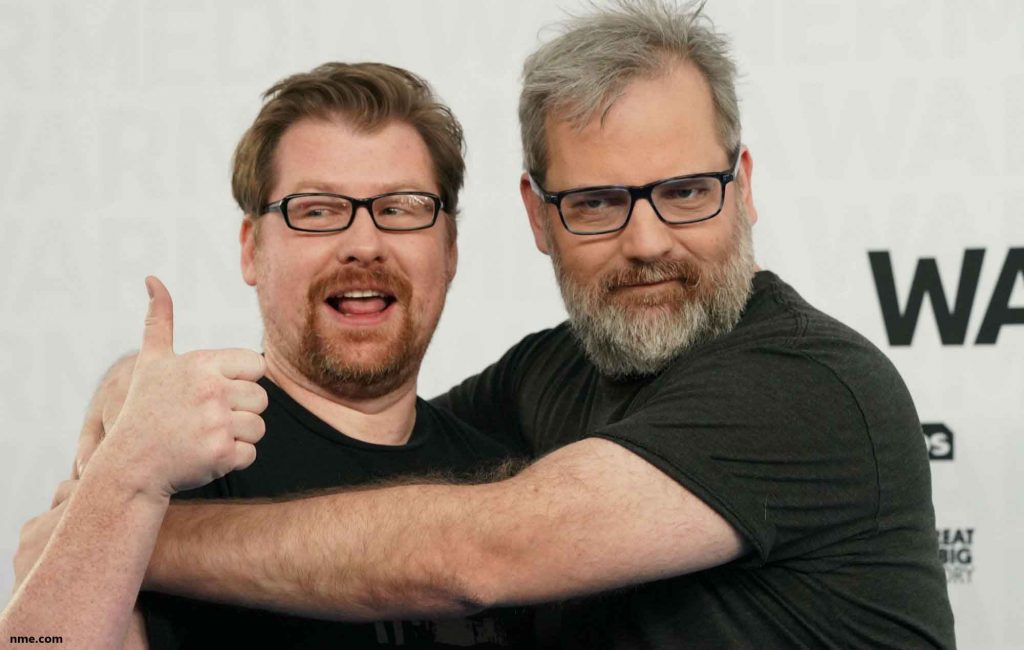 The iconic characters are voiced by Roiland, with the rest of Rick and Morty’s families being voiced by Chris Parnell, Spencer Grammer, and Sarah Chalke. The program grew out of an animated short spoof film of Back to the Future that Roiland made for Channel 101, a short film conference co-founded by Harmon.

Rick’s appearance creates a conflict between Beth’s unsuspecting husband Jerry, whom Rick despises, and his family. This conflict varies across the series. Both three series are parodies of live-action dramas, but “Rick and Morty” subvert the genre when “The Simpsons” and “Family Guy” reverse it.

It’s difficult to picture any of the above shows, the Simpson and family guy as having a plot in which someone transforms into a monster and the two main characters transform into some other dimension to rescue themselves, as Rick and Morty did in the popular episode “Rick Potion No. 9.” Lookout, we might be giving away hints for the “Rick and Morty quiz” in this paragraph. 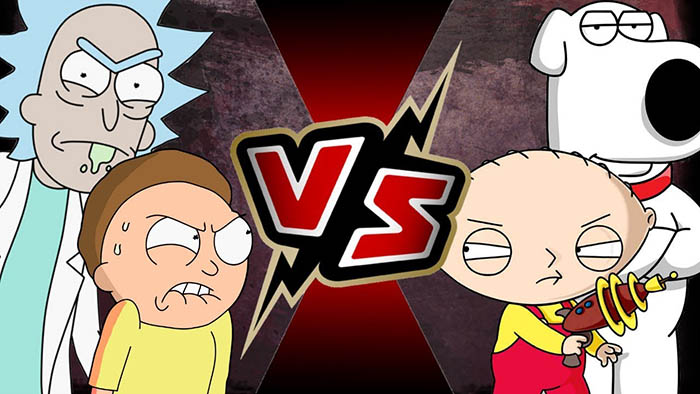 OFFtopic  – Ever been on the black pearl? back to Rick n morty, Homer Simpson and Peter Griffin are fundamentally funny dads and jerks whose blunders and embarrassments never put their all-American ideals into question. In the episode “M. Night Shaym-Aliens!” Jerry Smith, Morty’s dad, can’t tell the difference between his everyday life and a slapdash simulation run by a race of fraudster alien beings. Another one of our great tv quizzes.

Rick and Morty have earned critical praise, with the entire show receiving a 94 percent approval rate on Rotten Tomatoes. Wanna go to Quahog before this quiz? Guess you gotta try our Rick and Morty quiz.  The San Francisco Chronicle’s David Weigand characterized it as “offbeat and sometimes coarse… the takeaway here is that it works.” He lauded James McDermott’s illustration directing as “new, bright, and as wacky as the script,” and claims that the series has “shades of Futurama, South Park, and even Beetlejuice,” before concluding that its comedy feels “entirely original.” The New York Times’s Neil Genzlinger applauded the series, calling it “Grandparenting at its unhinged best.”

Variety’s Todd Spangler gave the show an unenthusiastic rating, saying that although it was passable, it “sometimes seems too focused on merely becoming frenzied at the cost of being witty” and praised it as “a welcome effort to think only a little bigger.” Feeling ready for our Rick and Morty quiz yet?

The A.V. Club’s David Sims gave the series an “A.” In his critique of the first two seasons, he praised the series’s “clean, basic look.” Although the series has a “grim, sick sensibility,” he lauded its “effort to give each character a little bit of complexity,” as well as Roiland’s voice talent for the aptly named characters

We hope you have enjoyed learning about Rick & Morty and how it came to be such a funny TV show. Its creators clearly have a sense of humor that just fits with us and you. What a great online quiz we have in store for you.  Be sure to check our peter griffin and his crew.  We also have some space travel quizzes for you to test out. If you’re feeling a bit childish how about playing with a sponge? We know that you feel ready to play our Rick & Morty quiz now. Go on,  give it a try below, hit that big green button now.