Let's see if you know your NBA Stadiums? 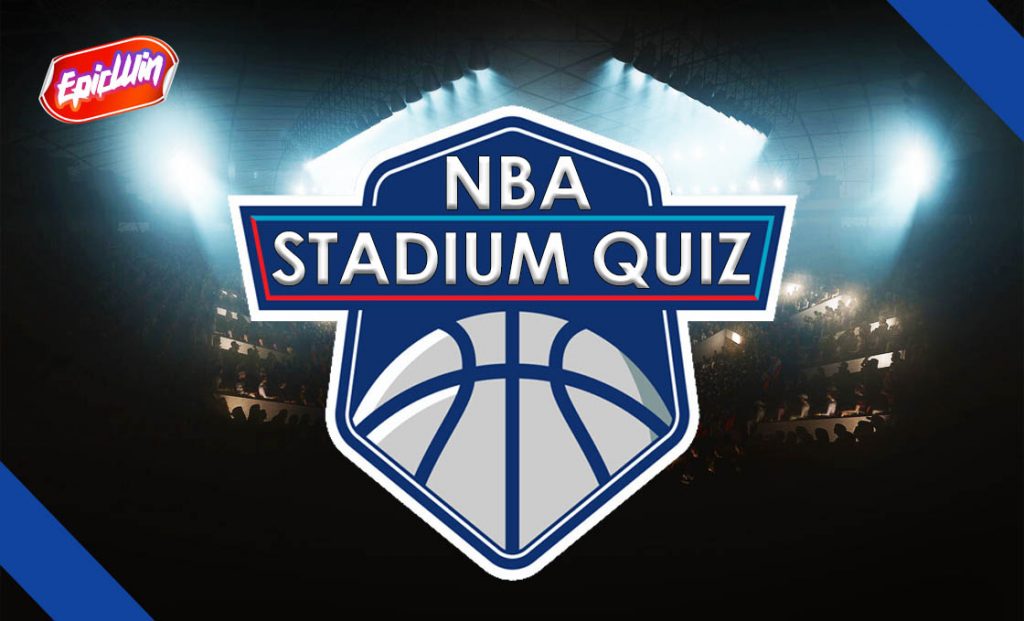 Welcome to our Epic NBA Stadium Quiz. We hope you are ready to be put to the test today with another one of our NBA trivia quizzes. We know that you probably have a team that you support dearly, and every so often you go watch them at their home stadium. However, do you know the other NBA teams’ respective stadiums? Well whether or not, you are gonna learn a few of them today with our fun quiz.  If you wanted to get started, why don’t you hit that big red button above. If you wanted to learn more about how to play this quiz then keep reading.

So then, your job in our NBA stadium quiz is for you to tell us the name of the NBA stadium you will be shown. Then you will have to match the NBA team to the NBA stadium that you will be shown towards the end of the quiz. This is a quiz that’s suited to NBA fan who follows most if not all teams, or a neutral fan who is aware of a lot within basketball and the NBA. Either way, we will give you some information to help you throughout the quiz.  You will have twenty questions to answer in this quiz. Wanna prepare before doing the quiz? Keep reading.

Most if not all teams in the NBA have a home stadium. Some teams share stadiums. Some teams build them. We will go through a few NBA teams and their respective stadiums. Don’t forget to check out our NBA Player Last Name Quiz. I guess you could say we are giving away a few answers, so we can get you started on this NBA stadium Quiz with ease. Love Kobe Bryant? 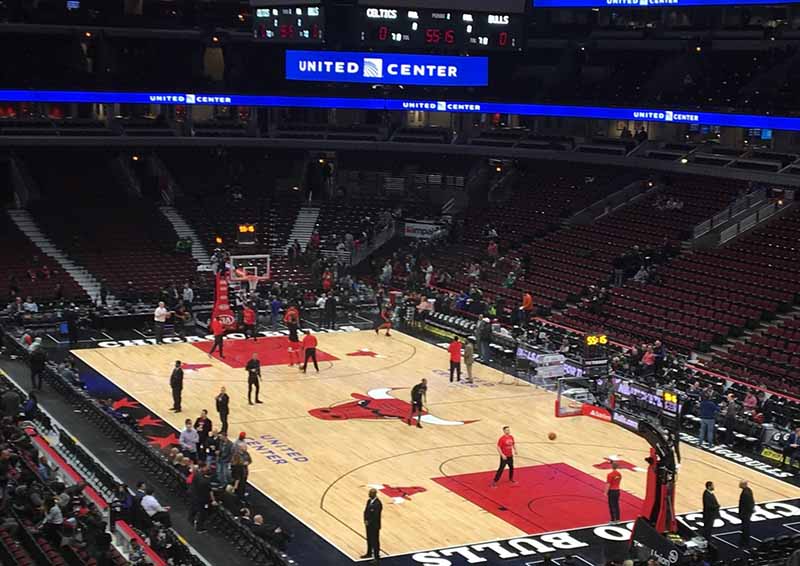 The Chicago Bulls are a professional NBA basketball team based in The United Center, also known as The UC, which is an indoor arena located on Chicago’s Near West Side. The United Center, which opened in 1994, took the place of the now-demolished Chicago Stadium. The United Center is the NBA’s largest arena by size, with a capacity of nearly 21,000 people. Michael Jordan’s legendary statue, which was erected in 1994, can be found in the stadium.

The Bulls called the arena their home for their second three-year winning streak, hosting the NBA Finals in 1996, 1997, and 1998. It hosted the world-famous NBA All-Star Game in recent years (2020). Ready for our NBA Arena quiz?

Madison Square Garden has been a celebrated hub of New York life since it first opened its doors in 1879. Madison Square Garden dubbed the “Coolest Arena” in the United States by Rolling Stone and the “Venue of the Decade” by Billboard, has come to symbolize live sports and entertainment to people all over the world. 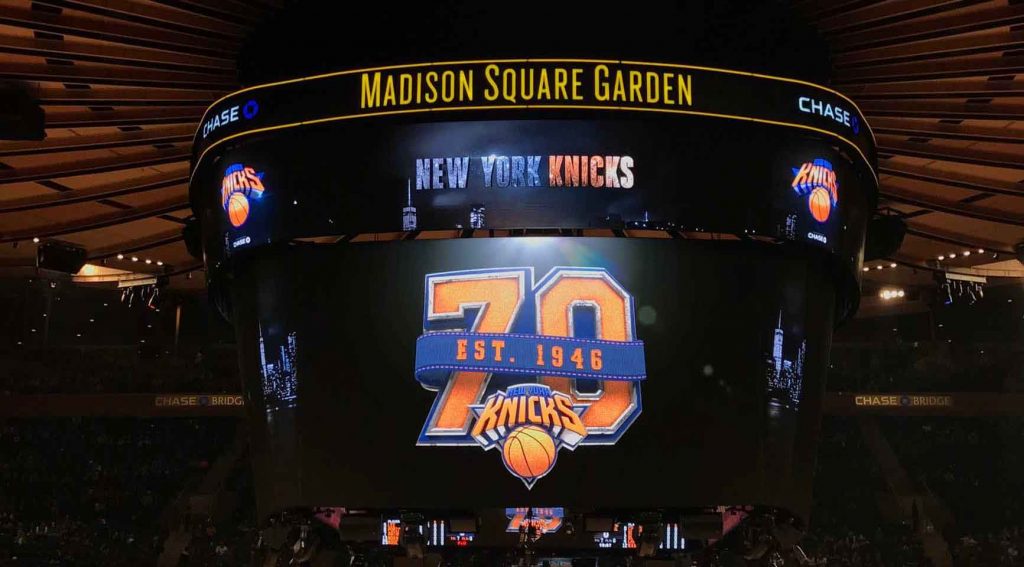 Madison Square Garden was named after James Madison, the United States’ fourth President. The arena has been through four incarnations. The first two were found on Madison Square’s northeast corner. Following that, a modern 17,000-seat Garden was built at 50th Street and 8th Avenue in 1925, and the present Garden (1968) is located at 7th Avenue between 31st and 33rd Streets. We also have a great Kevin durant quiz by the way…

In 1946, New York welcomed their first professional team, the New York Knicks of the NBA, which attracted tens of thousands of fans to Madison Square Garden. A total of 320 events are held at Madison Square Garden each year. Offtopic – Heard of Kyrie before ? It is the home of the National Basketball Association’s New York Knicks (NBA). Key information to remember if you want to do well in our NBA stadium quiz.

The Staples Center was completed in 1998, and the stadium opened the next year. It is named after the office supplies firm Staples and was privately funded at a cost of $375 million. The Staples Center is home to the Los Angeles Lakers,

Lebron and Los Angeles Clippers of the National Basketball Association (NBA). Since its creation, the Staples Center has hosted seven NBA Finals series with the Lakers, but none with the Clippers. Three NBA All-Star Games have also been held at the Staples Center (2004, 2011, and 2018).

On January 22, 2006, Lakers player Kobe Bryant & Michael Jordans good friend achieved a career-high of 81 astounding points in a single game against the Toronto Raptors at the Staples Center, the second-highest total in NBA history.

The American Airlines Arena (AAA) is a multi-purpose sporting and entertainment venue on Biscayne Bay in Miami, Florida. It is now called the FTX ARENA as of Sept 2021. They held home games at the Arena, which opened in 1998 as a replacement for the Miami Arena. Vital NBA stadium quiz info… 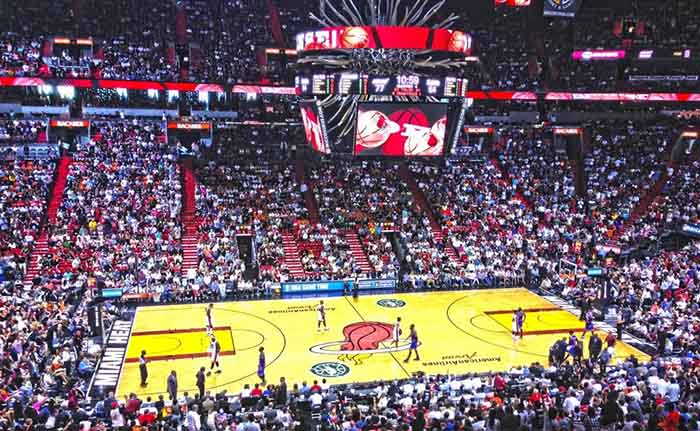 The Miami Heat claimed the NBA title in Dallas in 2006, and the Dallas Mavericks won the rematch in Miami in 2011. Both franchises made their first and second appearances in the NBA Finals in these series. People dubbed the matchups the “American Airlines series” since the company owned the naming rights to both venues.

You must be a true NBA fan by now. Well, we hope you feel ready to take on our NBA Stadium Quiz. We have dished out more than enough answers and we think you need to do the rest. Remember an NBA team without a stadium is a team without a home. Good luck!