Let's see if you're a true NBA Fan? 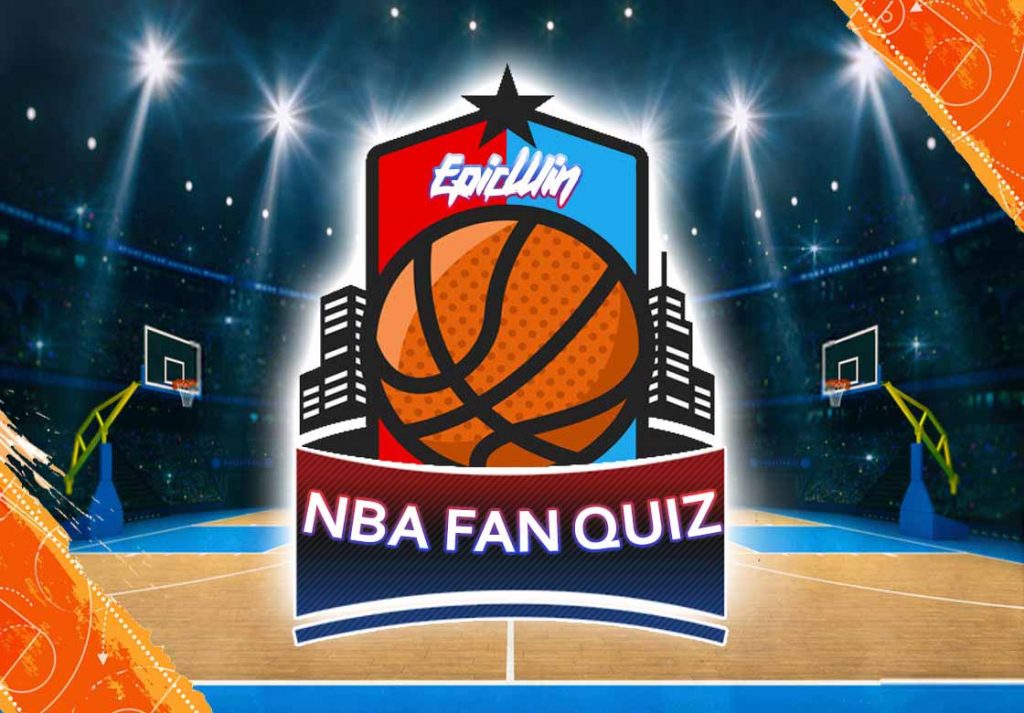 Know much about the NBA?

Welcome to our Epicwin NBA Fan Quiz. We know you have landed here mainly because you see yourself as an NBA aficionado, and know everything there is to know about the NBA. Well, you have reached the best place to test that knowledge out. We have created one of the most in-depth NBA Fan quizzes that will put you to the ultimate test. If you follow the NBA you will more than likely have a team that you follow. Be sure to check out our other NBA stadium quiz and NBA related quizzes.

Our basketball/NBA fan quiz will have twenty questions for you to answer. Each question will have four answers to select. There will only be one correct answer for each question. If you wanted to do a bit of learning before jumping straight into the quiz keep reading. If you feel ready, then hit the big red button above.

The internationally known NBA is a professional sports organization based in North America. In case you didn’t know they are a basketball league. The division consists of 30 different teams, twenty-nine in the U.S.A. and also one team in Canada. 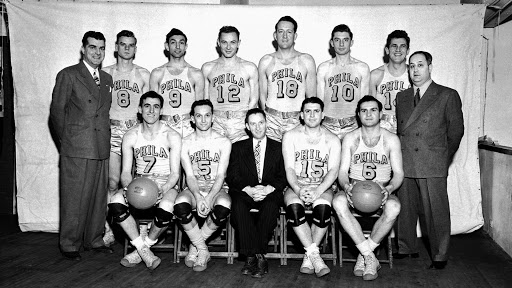 The NBA’s normal season spans from October to April and features 82 games for each club. The league’s postseason competition runs through June. Did you that  By 2020, NBA players will be the highest-paid professionals in the nation. Key facts to remember if you want to get all questions correct in our NBA Fan Quiz.

Did you also know that National Basketball Association is a participant of (USAB), and they are recognized by FIBA as the United States’ governing authority for basketball. The league’s foreign and regional player headquarters are based in New York, while NBA Entertainment, as well as NBA TV, are based in New Jersey. The NBA began in 1946 with 11 teams and has grown to 30 teams over a series of additions, reductions, and relocations. The United States has 29 teams, while Canada has one. More key facts to remember for our NBA fan quiz.

The league’s new structure splits its 30 franchises into two conferences comprised of three groups of five teams each. The new divisional structure was implemented in 2004–05. The majority of teams are located in the eastern half of the USA, illustrating the demographic density of the United States as a whole. 13 teams are located in the Eastern Time Zone, while nine are in the Central time zone, three teams are in the Mountain time zone, and finally five in the Pacific time zone.

As one of the USA’s largest professional leagues, the NBA also has a rich history of partnering with American media companies. In its eighth season, 1953–54, the NBA reached an agreement with DuMont Broadcaster, indicating the league’s first year on a major television platform.  Comparable to the NFL, the NBA’s absence of tv networks resulted in NBC acquiring the licenses from the 1954-55 season to April 7. It was NBC’s first-ever NBA stint. Currently, as of 2021, the NBA currently has a deal with ESPN and TNT in the United States that runs until the 2024–25 period. For the games that are not televised nationwide, they are typically televised on local stations serving the areas in which the teams play.

Did you know that the NBA had the youngest audience in 2013, including 45 percent of audiences aged 35 and under, but was also significantly less likely, together with Major League Baseball, to be seen by women, who account for just 30% of viewing. Did you know that the NBA  also has the largest proportion of black audiences, with 45% of black viewers, and 40% of white audiences. Offtopic – Like MJ?

Many young players are treading in the same steps as pioneers such as Vlade Divac (Serbia) and Draen Petrovi (Croatia) who entered the NBA in the late 1980s. A growing number of foreign players have transitioned straight from international competitions to NBA stardom.  Since 2006, the NBA has played big tournaments against Euro League teams as part of the NBA Europe Live Tour, and since 2009, as part of the Euro American Tour.

The 2013–14 campaign began with a league-high 92 foreign players on premiere night squads, featuring 39 different countries. Things continued to grow because the 2017–18 season kicked off with a record 108 foreign players from 42 various nationalities, highlighting the fourth straight year with at least 100 overseas ballers and each team fielding at least one individual player.

Something unlikely happened in 2017, the NBA’s success had dwindled amongst many White Americans, who accounted for just 34% of ratings during the painful 2016–17 season. Simultaneously, black viewership improved to 47%, Hispanic viewing improved to 11%, and Asian viewing numbers increased to 8%.

The NBA’s biggest fans outside of the United States are China, in which the 2017–18 season drew an approximate 800 million views. The NBA in China is estimated to be worth about $4 billion. Facts upon facts with the NBA. We hope you now feel ready to take on our NBA Fan quiz. If you think you got what it takes, show us…