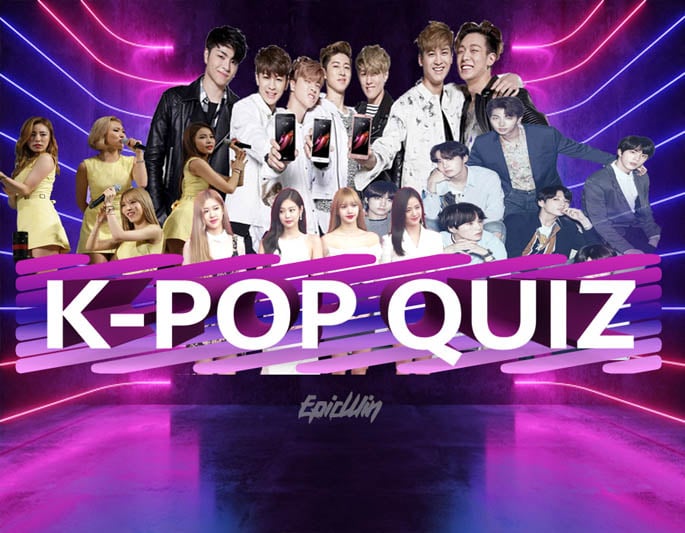 Hi and welcome to our Amazing KPop quiz. If you are a KPop fan then you are in luck today. We have a great quiz for you to blow out the water. You have landed on this page because you are more than likely a big kpop fan or just interested to find out what the quiz is about.

We have crafted one of the most exciting KPop quizzes that will get any kpop fan guessing again. When we created this quiz we tried to make sure it was not too difficult for you guys. The first version had most of the epic win crew stuck at question 10 or 11. You can rest assured that this quiz has been tried and tested by the epic win crew, and we have rated this one easy. If you are not much of a KPop fan then this game will probably convert you. No better way to learn about KPop than to take a quiz on it.

So, Kpop is short for Korean Popular Music or just Korean Pop. It originated in… you guessed it, Korea! South Korea if you want to be a little bit more specific. It started in the early 1990s and was popularised by bands such as Seo Taiji and Boys. If we fast forward to 2020, KPop is way more popular than it was back in the 90s. Know many kpop jokes?

KPop is heavily influenced by numerous genres such as hip-hop, jazz, rock, and r&b to name a few. It has been recognized worldwide and more and more bands are reaching new audiences. Here at the EpicWin offices, we have a few members who don’t mind it and a couple who are obsessed with it. Their joint-favorite band was BTS. If you want to find out about our Top Kpop bands keep reading. Don’t forget to check out our hub page for more trivia. Thats us making sure you follow our fun policy.

How to play this Kpop Quiz?

This Kpop quiz has been classified as Easy (for KPOP Fans) by the EpicWin team. Once again, as we said above. If you do not much about this genre now is the time to figure it all out over a 20 question game. The only issue is if you answer any question incorrectly. You will have to go to the beginning of the quiz and start again. So you need to make sure you get the questions correct or memorise your answers.

There will only ever be one correct answer for each question. If you answer correctly, you will be shown a correct answer flag. If you answer incorrectly, you will be sent to the KPop hall of shame. You do not want to end up there! Anyway guys, it’s time for you to show us what you got. Don’t forget to check out our other music quiz such as our 80s quiz and also our Pop Quiz. Check out the other new games.

Getting you ready for our KPop Trivia

Korean pop or KPop is infectious, enjoyable, and brimming with vibrancy. As if you didn’t already know… K-pop has now become a global sensation, owing to its toe-tapping electronic rhythms, crazy-colorful style, trend-setting clothes, and flawlessly coordinated videos. Some of these kpop stars have very deep voices as well you know…

It’s a part of what’s known as ‘Hallyu’ – literally ‘Korean wave’ – a word used to define South Korean culture’s massive with an ever-growing influence, as seen by the success including everything from K-dramas or Korean dramas on Amazon to the spectacular growth of Korean-beauty. How many kpop jokes have you heard?

BTS, a.k.a. Bangtan Sonyeon Dan is a pop group that are among the most popular in Kpop history. Although they come from a very small entertainment agency, they drew the attention of a large of international fans. Their fan following is massive, and they won the Billboard  Awards’ Top Social Artist category for two consecutive years, receiving upwards of 300 million votes. Easily one of the best kpop boy groups.

Their singles have charted on the Billboard Charts, and the record Love Yourself: Tear went to number one in the United States, marking them the very first South Korean act to do so. Additionally, BTS is apart from the majority of Kpop boy bands in that they write their respective songs. Key facts to remember if you want to ace our Kpop quiz. Also, keep your eyes peeled for our ultimate BTS quiz. Kpop quiz bts.

Got7 have had an incredibly insane few years, and we strongly advise you to catch up. Dye, their 2020 album, is an album you just have to listen to and is always in the playlists of a few Epicwin crew members. What makes them so appealing is their connection. They exude an adorable brotherly vibe during interviews, even after a YouTube binge, you’ll feel almost as if you’re in the band. Some of the band have great deep kpop voices. A few of the band members are also an online media personality.

Following Bts, this band would be one of the world’s most successful kpop female groups. Their following BLINK is quite big, which is also approaching the size of a small Army. They are comprised of four talented members: Jisoo, Jennie, Rosé, and Lisa, the youngest. All of the singers in the band are regarded as all-rounders due to their ability to sing, rhyme, and dress well. This is one of the great kpop girl groups. Love kpop gifs?

They are well-known for the girl obsession persona, and fans are pleased to see them experimenting with different styles. They made their debut in 2016 and are now contracted to YG entertainment. This is a band that always finds a way into kpop quizzes across the internet.  They have maintained an extraordinary accomplishment by shattering standards at a breakneck pace. Great k-pop group. 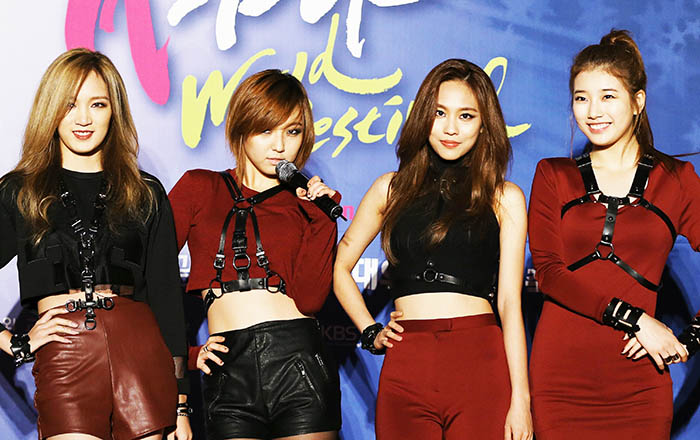 The well known kpop band Miss A was active from 2010 to 2017. The crew profiles includes Fei, Jia, Min, and Suzy. All great members. Their debut single Bad Girl Good Girl debuted at the top of the Gaon Electronic Charts, earning them the first band to have a chart-topping debut single. The single eventually became the chart’s greatest song of 2010. Almost ready for our kpop quizzes quiz?

Here are a few example questions you would find in our kpop quiz.

Well, we hope you have enjoyed our Top groups. We have quite a varied taste of groups here at epicwin.  Now Let’s see if you are ready for our KPop quiz?

Hit the big green button below!