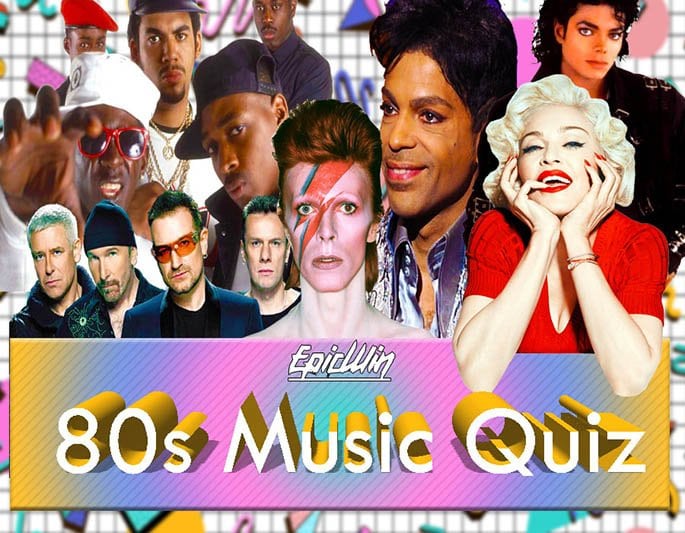 Lets take a tripback to the 80s

Welcome to the Epic 80s Music Quiz.  This is a quiz that is aimed at the people who just love music that was made in the 1980s. When you think of the 1980s what images does it conjure up with you? Shoulder pads? Mullet hair cuts? Pastel colors? Well, whatever your image of the 1980s maybe, we have crafted a 1980s music quiz that will take you all the way back.

We have questions on all of the major albums that came out in the 1980s. Expect to be asked questions about bands like Gun & Roses, R.E.M, U2, and Culture Club to name a few. This quiz was created by our team member  Josh who is a big 80s music fan.  Do you think you can get all the questions correct and achieve Online Quiz Master status?

Your task in this 80s music quiz is to try and answer all the questions correctly. Just like our 90s Quiz. You will be asked questions in a multiple-choice format. You will have to select the correct release date for either a song or an album. If you can select the correct release date for all the questions we ask, you will gain Quiz Master status. Something we know you would love to have.

The 1980s is a decade we could have created many quizzes around. However, we decided to start off with a music quiz that will get any 80s music fan clicking away. To excel in this quiz you need a very good memory, that can rewind all the way back to 1980.

How to play this 80s music Quiz?

This 80s music quiz has been classed as MODERATE/DIFFICULT by the EpicWin team. We have decided to give it that rating because if you have no knowledge of 1980s music you will struggle with this quiz. It is what we would call a speciality quiz. As stated previously, if you know alot about 1980s music, then you will be fine with this quiz. You will have fifteen questions to answer in this quiz.

Each question has a maximum of four answers to choose from. For each question, there is only one correct answer.  If an incorrect answer is given you will be able to go onto the next question. However, when you get to the end of the quiz you will be shown all of the questions you got wrong. You will have to answer each of them until you get them all correct.

Getting you ready for the 80s Music Quiz

David Robert Jones was born in 1947. He died of sudden and unexpected death in January of 2016. As a musician, David Jones was officially known as David Bowie. One of the most important performers of the 20th century, Bowie is considered a trailblazer in the music business. Critics praised him for his innovations of the 1970s, and artists paid particular attention to him because of it. Reimagining and visual presentation characterized his career, with his songs and stagecraft helping to change mainstream music.

Before he rose to fame as a successful rock musician, David Bowie’s debut single was “Space Oddity,” which became an international smash in 1969. Bowie was a fanciful sci-fi persona because of his iconic, legendary Ziggy Stardust record. He then collaborated with Carlos Alomar and John Lennon to create “Fame,” which became his first No. 1 song on the American Billboard Hot 100 in 1975. David Bowie played a major role in the 1976 sci-fi film The Man Who Fell to Earth. He got voted into the Rock & Roll Hall of Fame in 1996. Bowie released his last album on January 10, 2016, and then passed away six months later due to cancer. Key facts to remember for our 80s music quiz. 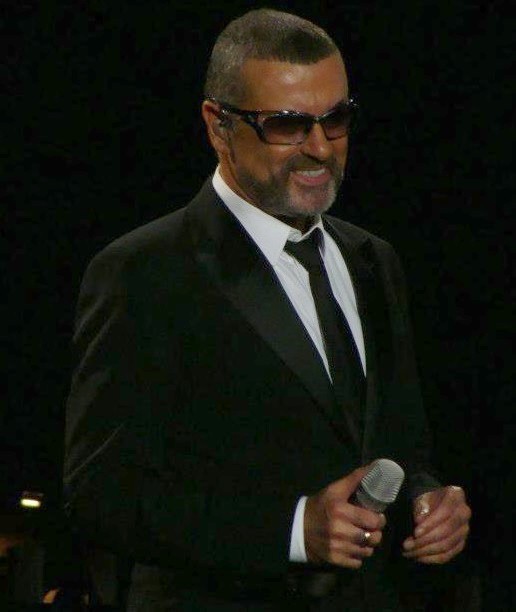 A British singer, composer, record producer, and philanthropist, Georgios Kyriacos Panayiotou also went on to a successful solo career under the stage name George Michael. His death at the age of thirty-five cemented his status among the world’s best-selling pop stars, with sales in excess of 115 million albums worldwide. He topped the UK Singles Chart seven times and the US Billboard eight times. He was successful with many music accolades, such as a Grammy, three Brits, three AMAs, Twelve Billboard Awards, four VMAs, and many more. For Billboard’s list of the 100 Greatest of All Time, he was placed 40th in 2008.

The band Wham! was founded when George Michael, who was a high school buddy of Andrew Ridgeley, met him in his last year of school. Before releasing their debut album in 1984, the pair had their first successful song on an international scale with “Wake Me Up Before You Go-Go.” For the second time, Michael embarked on a career as a solo artist, creating an international smash first album called Faith, that has sold over 25 million units. In 1998, Michael was charged for obscene behavior in a public toilet, following which he revealed that he has been gay. Michael’s career rebounded in the year 2000 with the launch of Twenty Five: His Greatest Hits record. He toured and gave large amounts of time and money to charity, too. Sadly,  Michael died on December 2016, at the age of 53 in his residence in England due to illness.

The legendary American musician, songwriter, and dancer Michael Jackson was born in 1958. He’s recognized as the most influential cultural personality of the 20th century, is called the “King of Pop”. More than a four-decade career, his accomplishments in music, dance, clothing, and charity, combined with his publicized personal life, established him as a global presence in popular culture.  You will find the king of pop in our 80s music quiz.

His impact spread over many other artistic disciplines, and he utilized both the stage and video performances to promote challenging dance movements, including the moonwalk. He dubbed the latter the robot and said it was all based on Stanley Kubrick’s 1968 film, 2001: A Space Odyssey. He is the only artist with the most awards in the history of music.

As already stated, Michael Jackson is also recognized as the “King of Pop.” This American singer, songwriter, and dancer sold millions of records. Jackson started singing with his family’s Motown group, the Jackson 5, when he was a youngster. He had a remarkable solo career that brought him many No. 1 songs, including “Off the Wall,” “Thriller,” and “Bad.” This impacted his reputation significantly as he later became hounded by claims of child molestation. Sadly he died in 2009 at the age of 50 after an accidental drug overdose when he was preparing for a return tour.

Well, we hope you have enjoyed learning about our favorite 80s pop stars here at Epicwin. Just one of the ways we are trying to get you ready for our 80s music quiz. Check out our other music quizzes. Feel ready? Do us a favor and hit the big green button below to begin.