Let's see if you know Kobe's career as well as we do. 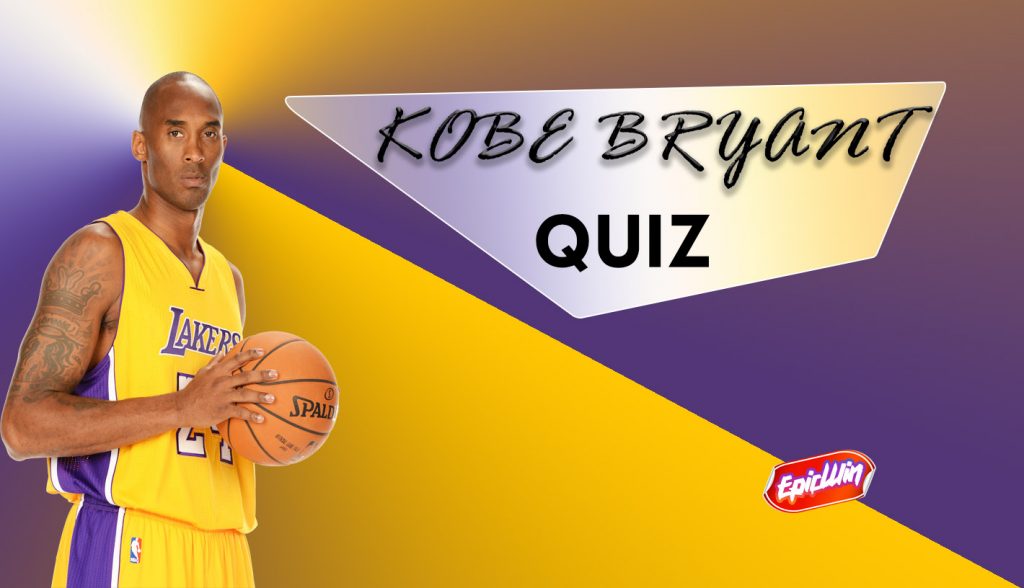 Welcome to our sleek Kobe Bryant Quiz. We know that the main reason you’re here is because you also highly rate The Black Mamba as one of the best to ever do it. Guess what? You have landed on probably the best quizzes online about Kobe. We have tried a few of the others and wow, they do not represent what an amazing basketball player Kobe was.

Lucky for you, we have created a great quiz to guide you through Kobes history and his career as a whole until he sadly passed away. If you wanted to play the quiz now feel free to hit the button above. If you wanted a quick history lesson on Kobe before you start the quiz, keep reading. Did you try our last name quiz yet? We have plenty of other NBA quizzes for you to try. Check out the online quizzes section.

Your job in our Kobe Bryant quiz is to answer all of our easy to difficult questions about his well-documented career.  Your aim as Kobe Bryant fan is to get a clean 20 out of 20. Similar to how efficient The Black Mamba was back when he was still playing in the NBA. You will have twenty questions to answer, and you will have four answers to select in each question.

If you get an answer wrong or correct you will be shown a special image. If you daily to get a full 20 questions correct, you can retry at the end. We want screenshots to prove you’ve done it. Share screenshots on our FB page 🙂 How many NBA sneakers you own?.

Getting you ready for the Best Kobe Quiz

The legendary Kobe Bryant, whose real name is Kobe Bean Bryant and he was born on August 23, 1978, in Philadelphia, USA. He very sadly died in January 2020 in Calabasas, Cali, He was a professional basketball player and played for the Los Angeles Lakers. He also carried them through to five NBA titles from 2000–02 and 2009–10. Get ready for a great NBA player quiz. 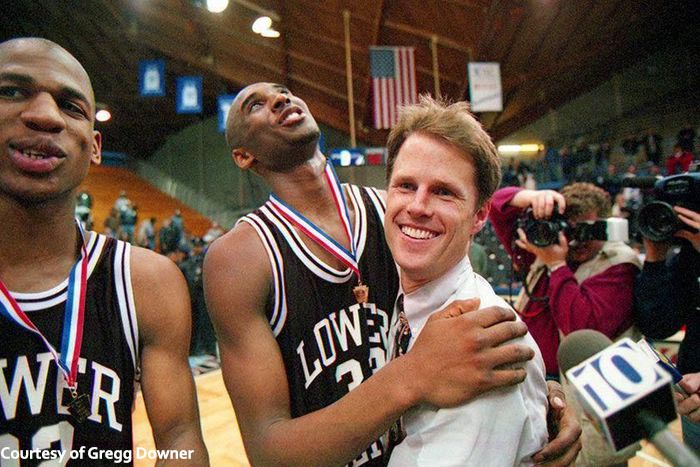 Kobes’s dad was a pivotal person in his life. His nickname was “Jelly Bean”. He was also a professional basketball player and spent over five seasons in the NBA as well as another eight more in Italy. Kobe also attended school in Italy. Kobe later moved to the United States alongside his parents and began playing basketball for Lower Merion High School. He won multiple Individual awards and shattered Wilt Chamberlain’s southeastern scoring record, which was 2,883 points.

Kobe dropped out of college and announced himself available for the Draft pick after his high school graduation. Kobe was selected by the Charlotte Hornets with the 13th overall selection in the 1996 draft. Briefly afterward, he was transferred to the LA Lakers, where he was the second-youngest NBA player in history once the 1996 season began. He soon established himself within the Lakers team, earning a spot in the NBA All-Star Games, just in his second season, making him the league’s newest All-Star. Key facts to know if you want to ace our Kobe Bryant Quiz. 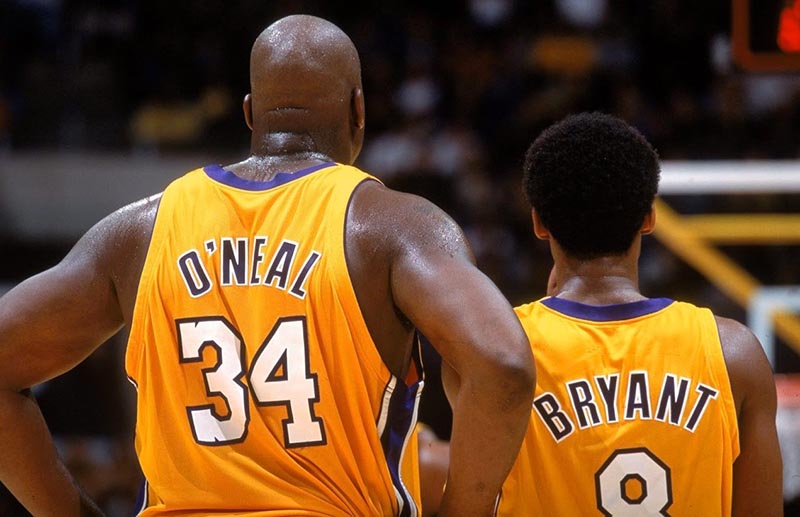 While Kobe was at the Lakers, he was required to share the Lakers’ main spot alongside another legend, Shaquille O’Neal, a famous and successful colleague. They both shared an increasingly bitter rivalry, but both achieved success through Phil Jackson’s guidance who was the Lakers’ manager in 1999. Kobe was a two-guard, and Shaq was a center. They formed one of the most incredibly powerful duos, and the ever-amazing LA Lakers claimed three straight NBA titles when Kobe was just 23.

Kobe and the Lakers faced struggles after the third championship in 2002. The Lakers were eliminated in the 2nd round of the NBA 2003 playoffs. The key fact for our Kobe Bryant quiz. Bryant was charged with assaulting a young lady in Denver some months back. He appealed his conviction, so all accusations were finally dismissed after the woman declined to prosecute following months of threats from Kobes supporters. Unfortunately, the event significantly ruined his reputation.

Kobe was top in the NBA in terms of points in 2005–06 and 2006–07, and he won the league’s MVP award for the very first time in his playing career in 2008. Kobe secured his fourth NBA championship in 2009, and then he got voted into the finals MVP due to scoring a series-high 32.4 points per match. In the 2009–10 season, he guided the Lakers to its third consecutive Western Conference title, and he was designated to be the NBA finals MVP once again after the Lakers eliminated the Boston Celtics inside a seven-game contest. 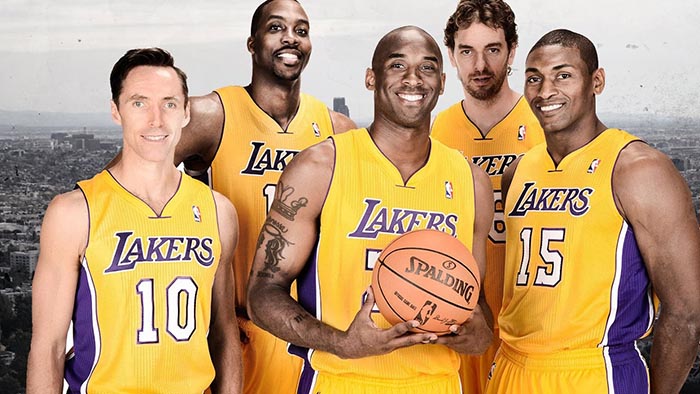 Both of the incoming seasons saw the Lakers win a division championship and then were defeated in the postseason. The Lakers welcomed Steve Nash and Dwight Howard to their rosters prior to the 2012 season.

They were also deemed to be one of the preseason championship contenders, but the struggling team was narrowly on track to register for the remaining Western Conference playoff spot. Kobe fractured his Achilles tendon in 2013, forcing him to miss the remainder of the season. Don’t forget our NBA last name quiz.

Kobe made a comeback to the basketball court in December 2013, but he only appeared in just 6 games before shattering his knee and missing out on the rest of the NBA season. Kobe made another comeback for the start of the 2014–15 season until suffering another rotator cuff tear in January 2015. He participated in nearly every game in the next season but clearly suffered, scoring a career-low 358 while managing 17.6 for each game. Kobe made the decision to retire following the 2015–16 season’s final regular-season game. What stadium did kobe play in for most of his career?

Kobe along with his daughter sadly lost their lives in a helicopter crash in 2020. This evidently shocked the basketball world and lead us to want to show our respect by doing a quiz to remember the great Black Mamba. Make sure you check out our online quizzes section. We also have a great Steph curry quiz and KD. We hope you enjoy our Kobe Bryant Quiz because he will never be forgotten.