This one was made for the KD fans out there! 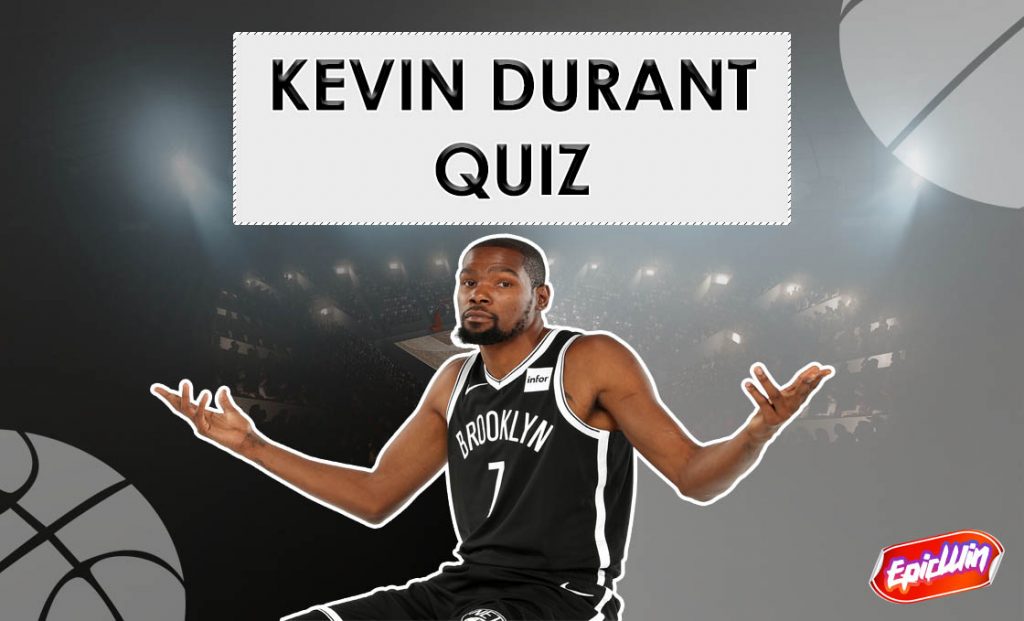 Skip the Reading and begin the KD Quiz below!

Welcome to our epic “KD” or Kevin Durant Quiz. We already know you must be a big fan of the Slim Reaper if you are ready to play a quiz about him. You are in the right place because we have put together a thorough and fun quiz for you to play today. This is not only a quiz for Brooklyn Nets fans, Golden state fans, or even Oklahoma Thunder fans.

It’s for all of the above but mainly Kevin Durant fans. Let’s see if you can guess correctly the different aspects of KD’s career so far. Oh, by the way, Kevin didn’t make it into our Last name quiz. Looking for more NBA Quizzes? Check out our online quizzes section.

Your task in this quiz is very simple. You will have twenty questions to answer about Kevin from where he was born to the different teams he has played for. You will have four answers to chose from for each question. If you get a question wrong or correct you will be told. If you get to the end ou will get the option to retry the quiz.

Try aiming for a 20 out of 20, only true Kevin Durant fans could do that. We wonder how Kevin would do at his own quiz??? If you reading this Kevin, hit us up and let us know your score. Either way, we know you will enjoy our Kevin Durant Trivia. How many NBA stadiums you know?

Kevin Durant, whose real name is Kevin Wayne Durant. He was born on September 29, 1988, in the USA. Kevin is a professional basketball star who earned the 2013–14 NBA Most Valuable Player trophy and he quickly established himself among the greatest players of his age while still in his early years. 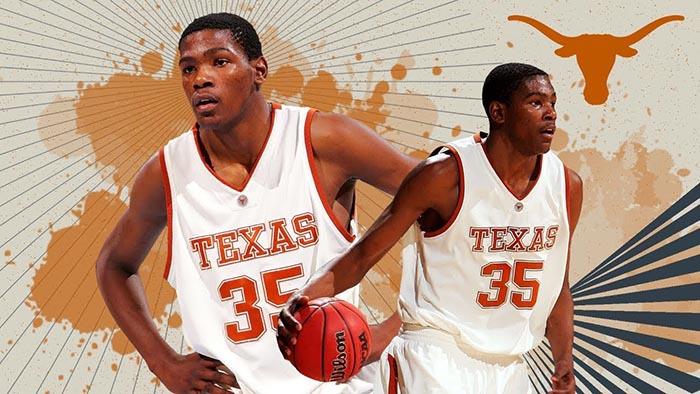 Kevin was a successful college high school star who was generally considered to be the class’s second-best talent. However, he won several year-end honors during his college career and was the first rookie to be appointed “Naismith College Player of the Year”. Know much about nba team logos?

A key thing to remember for our Kevin durant quiz is that he was recognized as a basketball prodigy when he was a child, emerging as one of the top players in booming Washington. He was a first-team All-American and the first rookie to be named unanimous national College Player of the Year. He chose to forego his senior season in college and was drafted by the Seattle SuperSonics. You into other kinds of basketball quizzes? Check out our list of quizzes. 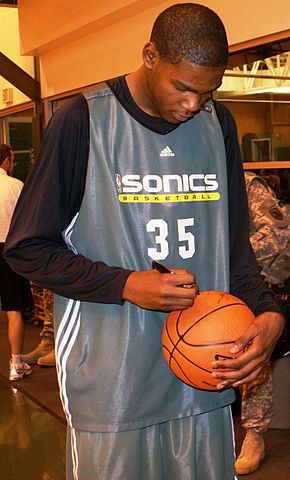 Did you know that Kevin was the only bright spark in Seattle during his rookie season, when the team’s current owners insisted on a government-funded stadium, which the city declined to finance, and the team’s attempt to move scared away supporters in massive numbers. On the other hand, Kevin scored 20.3 points per game that time and won the NBA Rookie of the Year prize by a wide margin. His charismatic play, nevertheless, was unable to mend the conflict between the fans and the team. Another key fact to remember for our Kevin Durant Quiz.

The supersonics relocated to Oklahoma City and changed to the Oklahoma Thunder by the end of the campaign. Kevin was unaffected by the relocation, as he improved his skillset going into the second season. In the 2009–10 season, he started a five-year string of All-Star Game performances as well as All-NBA awards, while also leading Oklahoma Thunder to their first finals appearance in their new residence. In 2011–12, they advanced to the NBA playoffs, where they were defeated by Miami Heat.

Much to many fans’ dismay, Kevin announced his signing with the Golden State Warriors on July 4th. As you could guess the fans and critics reacted poorly to the switch, believing he sought the easier way out by abandoning a team that was on the verge of making the Finals to instead join their rivals, who had beaten them and who were also coming from a record-setting 73-win season (Golden State Warriors).

The Warriors already have made the finals and won the year before. Kevin reportedly signed a $54.3 million deal with Golden State on July 7. OFFTOPIC- Heard of Michael Jordan?

Let’s continue this Kevin durant quiz history lesson. The more your read the easier your quiz will be. Just a hint. Fast forward to recent times and Kevin revealed on June 30, 2019, that he intended to join the Brooklyn Nets after July. On July 1,the CEO of the warrior’s Joe Lacob declared that the Warriors would discontinue releasing Kevins No. 35 jersey. He agreed to a sign-and-trade contract for Brooklyn on July 7.

He also did not play in the 2019–20 season and later announced that he planned to sit out the upcoming season soon after his June 2019 injury. Unfortunately, three other Brooklyn Nets members screened positive for COVID-19 on March 17, 2020. Luckily Kevin was fully released and recovered on April 1. NBA quizzes are fun arent they?

He made his Brooklyn Nets appearance on December 22, 2020. He scored 22 and much more by victory over the Golden State Warriors. Here is a bit of gossip for ya Kevin was fined $50,000 by the NBA on April 2, 2021, for private emails he sent out to Hollywood actor Michael Rapaport via social networks during a dispute.

We hope you have enjoyed our short mini-history trip into Kevin’s career. Just getting you ready for our Epic Kevin durant quiz. We know after reading his story, you will be able to ace this quiz. Don’t forget our other online quizzes.  Good luck.