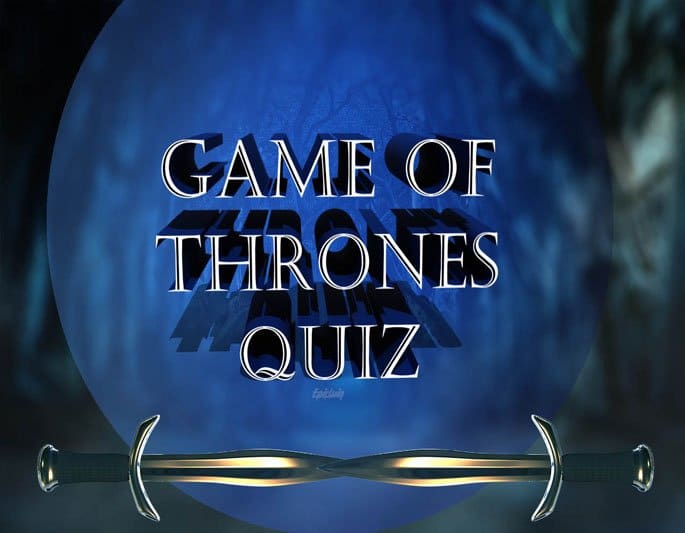 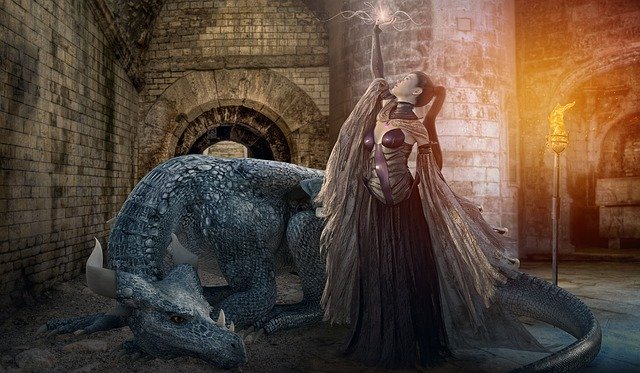 Welcome to our Game of Thrones character Quiz. Game of Thrones is a TV show that needs no introduction. It has been around since 2011 and is currently in its 8th season. It is a story that is based in mythical lands called Westeros and Essos. Nine very powerful families fight with each other to ultimately rule the land. This, unfortunately, is not something you will be able to do in this game of thrones quiz. No mythical living here.   Make sure you check out our other TV show quizzes.

Just a good old quiz, to test your knowledge and see how much you know about Game of Thrones. This character quiz would suit anyone who has watched at least five episodes of any season. Our game of thrones character quiz is similar to our Starwars quiz and The Walking dead quiz, apart from the fact that this TV Show is our favorite. As if you didn’t know this already. Expect more quizzes from us about this great TV Show.

Your task in our game of thrones character quiz is very simple. You will be shown a character from the Game of Thrones show. You will then have to correctly guess their name. Pretty simple. If you have watched one season of game of thrones, you should be able to get a decent score on the quiz. If you have watched more than two seasons, then you should be able to ace this quiz.

To succeed with this quiz, you need to have a good memory and have watched the game of thrones. As stated above it is now in its 8th season and there are no plans to make a ninth season. This makes the EpicWin team very sad, but at least you have our quiz to play. Offtopic – You seen Rick anywhere? Not walking dead rick. Now onto how to play the Game of Thrones Character Quiz.

We have rated our game of thrones quiz as EASY. We feel anyone who has watched game of thrones will be able to get at least six correct questions. By the way, Love Familyguy? You will have 15 questions to answer in this quiz. Each question has four answers to choose from. Each question has one correct answer. If you answer correctly, you will be shown a correct answer flag. If you answer incorrectly, you will be sent to the Game of Thrones hall of shame. When you answer incorrectly, you will have to go back to the start of the quiz. So in order to complete the quiz, you need to get all 15 correct. That’s the catch with the easy quizzes. However, we think you guys can still smash this game of thrones character quiz. So give it a try, make yourself proud, and win the quiz. Looking for more quizzes, why don’t you test your knowledge on our Movie Trivia, or if your feeling lucky try our Lord of the rings quiz.

Getting you ready for our character quiz

The entire season of Game of Thrones is set on the fictitious continent of Westeros over the duration of about one year. The adventure opens with King Robert traveling to the Castle Winterfell in the North to request that Ned Stark be his aide or Hand of the King. Jon Arryn, the previous Hand of the King, perished suspiciously. Robert brings his queen, Cersei Lannister, with his entourage. He is accompanied by other members of the Lannister family. 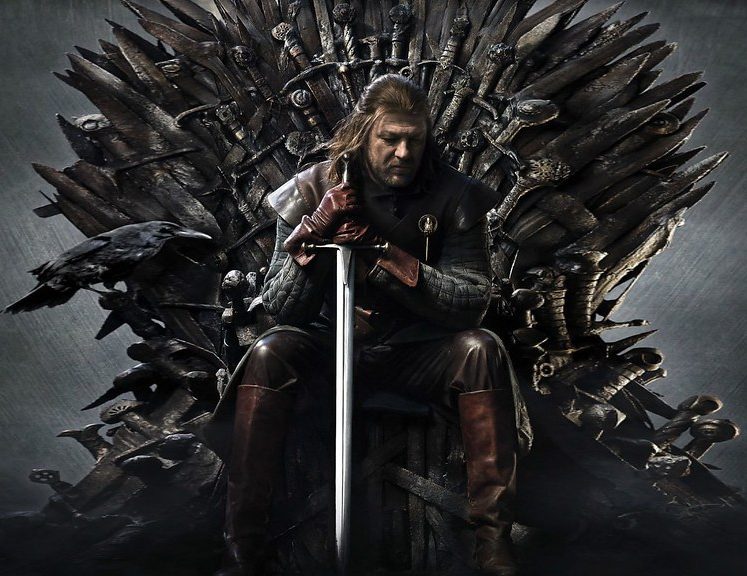 Catelyn’s receives a note on his return home alleging that the Lannisters killed the former Hand. Robert accepted the job of Hand because he was concerned about his younger brother Ned, who would be in danger if the Lannisters found out about him. Bran Stark looks on when his uncle, Lord Eddard’s son Ned, sees Cersei Lannister and her brother, Jaime Lannister, engaging in sexual intercourse, and Jaime throws Bran out of a window to keep him quiet. Everybody believes that Bran merely tumbled down the stairs while climbing about the castle. Key facts to remember if you wanna get all questions correct in our game of thrones character quiz.

Ned rides south to King’s Landing, leaving Bran in Winterfell while he is still in a coma. As Ned’s bastard son, Jon, departs to serve at the Wall, a vast fortification that shields the Seven Kingdoms from the northern wilderness, he’s accompanied by Eddard Stark’s other bastard son, Robb, who will later attempt to steal the throne from Joffrey. 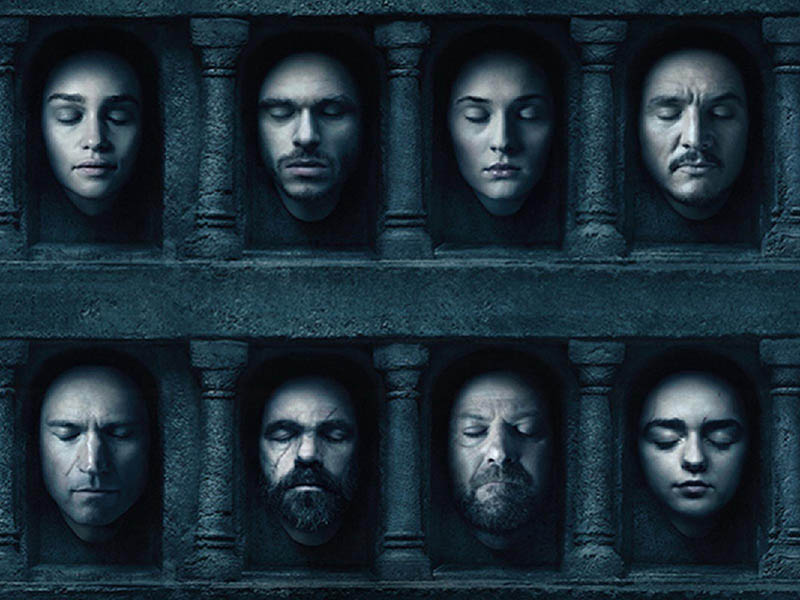 As the story continues, the group of men pledged to protect the Wall, “the Night’s Watch”, have reported odd animals appearing, and they are finding that the number of their men are missing. While his siblings, the Queen and King, aren’t now there, Tyrion the dwarf, brother to Cersei and Jaime, accompanies Jon to the Wall to witness the enormous building. During this time, Daenerys Targaryen also joins the tyrant Khal Drogo, of the Dothraki race, in a marriage ceremony on the continent to the east of Westeros. Viserys and Daenerys are the last of the family members that fought against their brother Robert to gain the throne, of the Targaryens.

This family is supposedly descended from dragons, and Viserys believes that he will be able to recapture the kingdom with Khal Drogo’s troops. He is exiled by Lord Eddard Stark, thus he was assisted by Ser Jorah Mormont. Immediately after accepting three dragon eggs as a wedding gift, Daenerys falls captivated by them. She also fell captivated by our game of thrones character quiz. Built for TRUE game of thrones fans.

When they arrive in King’s Landing, which is south of the city, Sansa, Joffrey, and Ned’s daughter, together with Robert’s son, Joffrey, take a walk. Joffrey tries to prove to them that he’s a superior fighter when he sees Arya, Ned’s other daughter, and sibling to Sansa, practicing her sword fighting with a guy. All of the Stark children own dire wolf pups, which is a bigger wolf species that also represents the house emblem. While she’s engaged in a fight with Joffrey, Arya’s wolf bites him in order to defend her.

She knows that Joffrey is to blame for the fight, but she is too in love with him to do anything about it. Arya wants the wolf that attacked Joffrey killed, but the animal ran away when it began to attack him, so she decides that Ned should have Sansa’s wolf slaughtered. Meanwhile, an assassin is shooting to kill the comatose Bran, but is unable to do so. Catelyn secretly sailed to King’s Landing in order to find out who had murdered Lord Eddard. Well, we are going to have to stop there. There is no way we could go through the whole story for you guys. You’ve probably watched it 10 times. This is why you are here to test yourself with our EPIC Game of thrones character quiz. Offtopic Love cats?. Don’t forget to check out other TV Quizzes and our film quizzes.