The only way for us to know, what you really know about Anime. 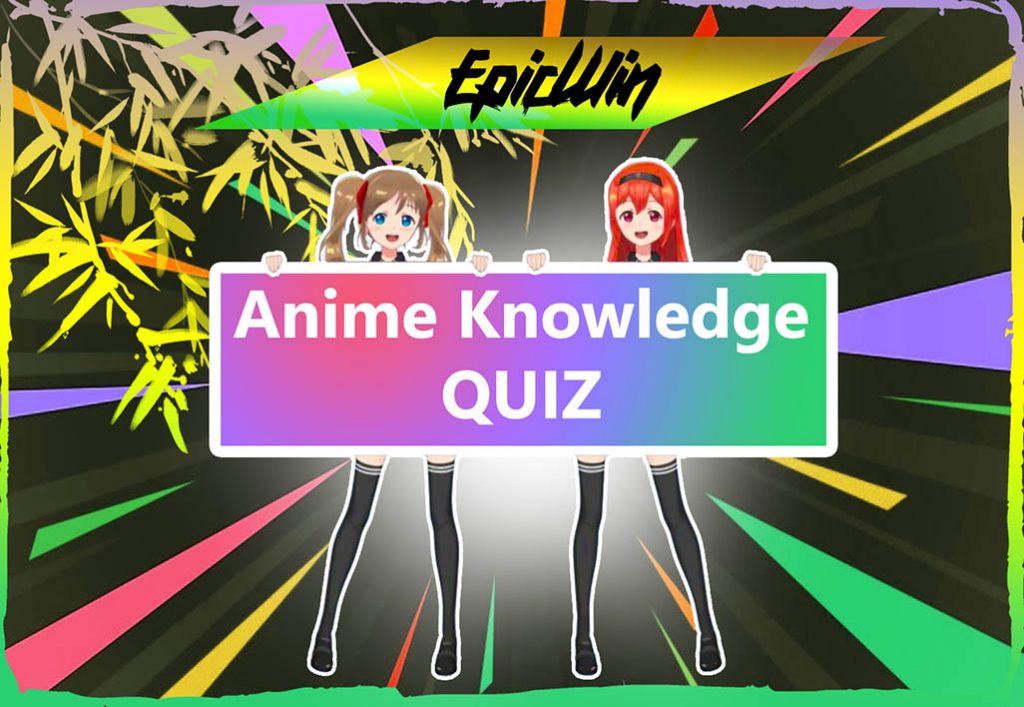 Skip the Reading and begin the Anime Quiz below!

So you Love Anime?

Welcome to the Epicwin Anime Knowledge Quiz. We know you landed here mainly because of your deep love for all things Anime. We have to say, we are in the same boat as you, as all of the EpicWin team love Anime and better yet they love an exciting Anime quiz.

This Anime trivia quiz was made specifically for people who watch it regularly and we have filled it with films dating as far back as the 1980s. Your aim in this quiz is to guess the name of the anime film from the image you will be shown. Sounds simple, if you are a TRUE anime fan. If you’re the latter, well you might as well give it a try anyway. We all had to start somewhere :).

As stated above your task in this Anime quiz is simple. You will be shown an image from a well-known anime film. This image will either be a still from the movie or the movie cover that has been altered to hide the actual name of the film.  You will have twenty questions to get through.

You will be shown the questions that you got correct and wrong at the end of the quiz. You will also be able to retry the quiz at the end, as we all know you want to get a clean 20 out of 20. All TRUE anime fans have done this, so you can too. If you wanted to find out about Anime History and what it’s really all about, then carry on reading quizmaster. Another thing, can we interest in you an K-Pop quiz by any chance?

Getting you ready for the Anime Knowledge Quiz

Japan’s first commercial animations were released in 1917. By cartoonist Osamu Tezuka. He had a distinctive art style that originated in the 1960s and expanded over the ensuing decades, attracting a wide local audience. These anime films are sold in theatres, on cable, on home radio, and over the Internet, everywhere really. Anime is mostly based on Japanese comics (manga), easy novels, or computer games, in relation to original works. It is divided into a number of genres that cater to a variety of diverse and niche markets. 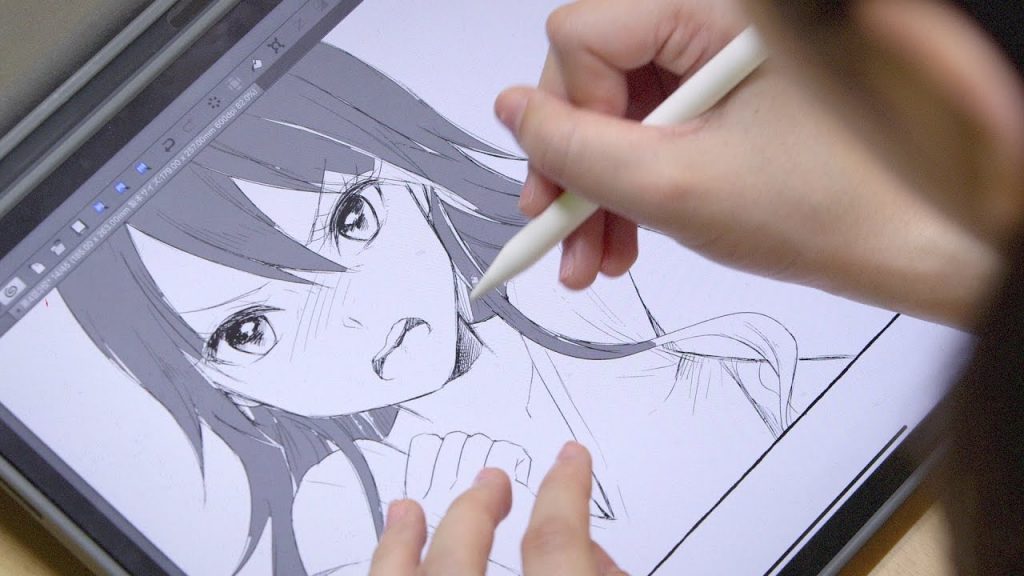 Did you know that Anime production, in comparison to animation from the west, relies less on the action and more on establishing detail and the use of “camera effects,”, and perspective shots to name a few.

Character sizes and appearances can be very diverse, with wide and over descriptive eyes being a typical characteristic trait. These are things that could help you in the Anime Knowledge quiz, but you mainly just need to know alot of Anime movies. But back to the history lesson.

There are over 430 businesses in the anime industry, including big studios like Sunrise, and Toei Animation to name a few. With the rise of international dubbed and subtitled programming in the 80s, the culture has also seen international popularity. Japanese animation accounted for 60% of all animated television shows worldwide, and that was in 2016. Imagine what it’s like now? Let’s continue getting you ready for our Anime knowledge quiz. 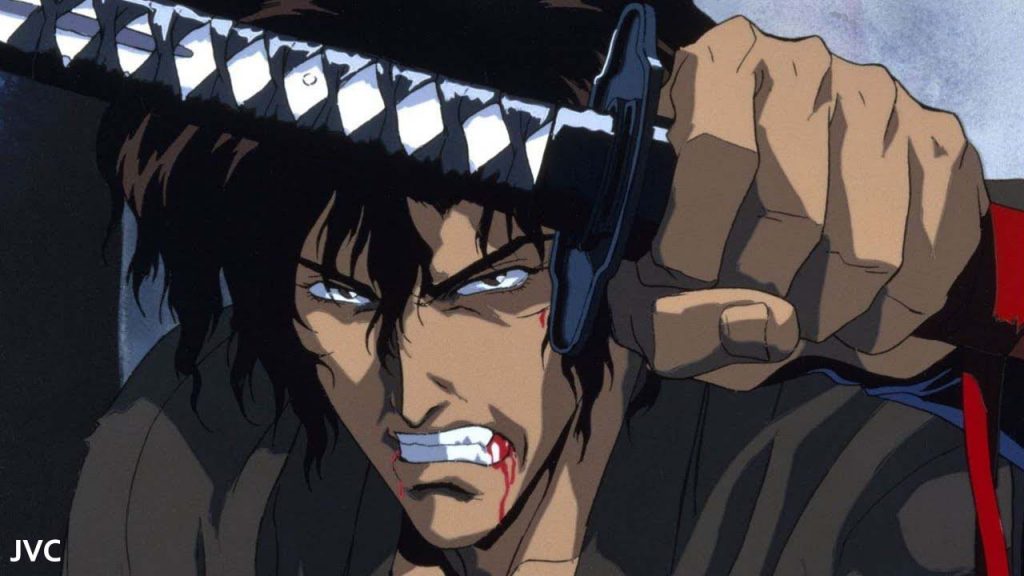 Ninja Scroll was the first film to be watched by many anime enthusiasts of a certain age. It’s also a film you will find in many Anime knowledge trivia games. Kibagami Jubei, a mercenary swordsman in colonial Edo-era Japan, is reluctantly tasked with stopping the Shogun Of The Dark in this amazing film. Akira, like Ninja Scroll and Ghost In The Shell, is a seminal film in the genre, with its epic story, breathtaking art style, and eerie soundtrack.

Spirited Away is an undeniable international success that manages to captivate and charm fans all over the world. The surreal, mythical plot involves Chihiro, a ten-year-old girl who, along with her friends, discovers a beautiful paranormal bathhouse inhabited by strange and marvelous folkloric beings and spirits. These are a few of the films you will find in our EPIC Anime Knowledge quiz. Offtopic, ever heard of warrior cats?.

In 2009, the US animation industry amounted to about $2.74 billion, In the United States, Dubbed animated networks such as The WB and the adult Swim Cartoon Network started to broadcast in 2000. This meant that in 2005 the Cartoon Network had previously broadcasted five of the top ten anime titles. In order to properly follow non-Japanese culture as a result of the localization, certain cultural references can be edited.

The cost of the English location per episode was on average 10,000 USD. We hope you’re enjoying learning the history behind our Anime Knowledge Trivia game, as we have enjoyed creating it for you.  We have plenty of other cool quizzes you can try out if you want something different. Want to try different online quizzes? Or maybe anime quizzes?

In addition to the unlicensed and illegal subtitled adaptations of anime series or films, the industry is widely condemned by viewers. The animal industry has numerous annual honors honoring the outstanding work of the year. In Japan, the main annual awards include the Debt Film Award for the best-animated film, the Animation Awards in Japan, the Tokyo Anime Award and the Japan Academic Entertainment Award.

Anime movies qualify for the Crunchyroll Anime Awards in the United States. The American Anime Awards were also presented, which were intended to acknowledge achievement in industry nominee titles and only took place once in 2006. Ever watched or Played Naruto Before? Well, we hope you now know enough about Anime to be able to confidently take our Anime Knowledge Quiz without breaking a sweat. Ready to begin?