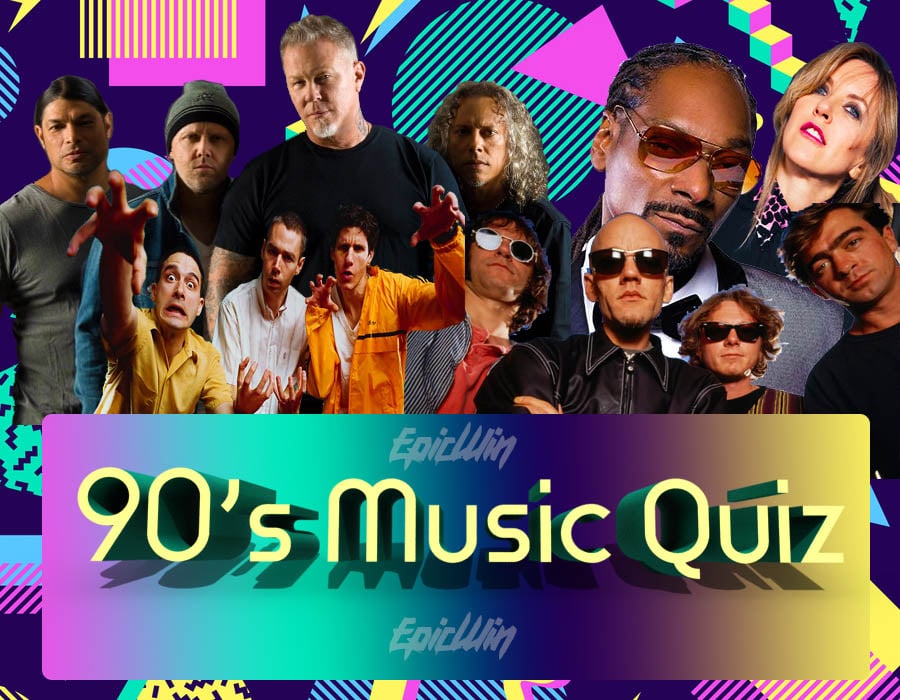 Lets take a trip back to the 90s

Welcome to the EpicWin 90s Music Quiz. The 90s is era is a favorite of the EpicWin team. Most of us in the EpicWin team were born at the beginning or just before it so we got to grow up through it. Most if not all of us love 1990s music and still think it’s the best era for music.  This 90s music quiz features many of our favorite albums and artists.

These are all artists that you are also more than likely into or have heard at some point in your life. The creation of this 1990s quiz was quite a fun experience for the team. We argued and agreed on albums to focus on. We then brought our ideas together and viola! Now we know you will enjoy playing the quiz. If you feel you know a lot about 1990s music then come and show us what you got in our 90s music quiz. Looking for a top quiz?

Your task in this 90s music trivia game is to answer all the questions to your highest ability.  You will be asked to name albums that have been released by Rap Music artists. You will have to guess the names of specific bands by album name, and vice versa. You essentially will be doing an Epic 90s music quiz.

It’s not going to be about one band or one album or one genre. It will be about multiple variants of those. If you have an eclectic taste in music then this is the kind of quiz for you. Having an eclectic taste means you will know many albums & artists in different genres. Which in turn means you can become an EpicWin Quiz Master.

The quiz has been classed as MODERATE/DIFFICULT by the EpicWin team. We all agreed that similar to the 1980s quiz. If your knowledge on 1990s music is weak. You might struggle.  If you have played our Pop Quiz, Rapper Name quiz, or even our K-Pop quiz. You should now have some information to help you do well in this 90s music quiz. Also, if you are here reading this now, we are sure you must like some sort of 90s music.

So you should be able to get a few questions correct.  This is another one of our specialty quizzes. You will have fifteen questions to answer in this quiz. Each question has a maximum of four answers to choose from. For each question, there is only one correct answer.  If an incorrect answer is given you will not be able to go onto the next question until you have answered it correctly.

Getting your ready for our 90s Music Quiz

There have been no other decades that have offered as much variation and novelty as the 90s. You can’t look at that decade and try to make it out to be anything in particular; it was simply too jam-packed with activity. Pop music ruled the globe as it had never done before or since. Grunge music enjoyed maybe its final real innovation.

What a beautiful period it was in pop culture. It was a world of Reality Bites, Generation X, My So-Called Life, and even Beavis and Butthead. The concept of building an apartment complex in 1993 in Seattle, WA, and talking about creative endeavors with friends over lattes in neighborhood coffee shops is something we love to this day at Epicwin.

Remember when Grunge was everywhere?

Grunge was the unexpected surprise that ’90s music delivered. Guitar-based music broadly fell into three groups ahead of Nirvana’s Nevermind turning point: alternative rock, classic-rock, and an almost non-existent hair metal movement. It was very lost, 1989 had also been designated as the year Jethro Tull had finally given the Grammy for Best Hard Rock/ Metal Performance. Try and remember these facts for our 90s trivia. 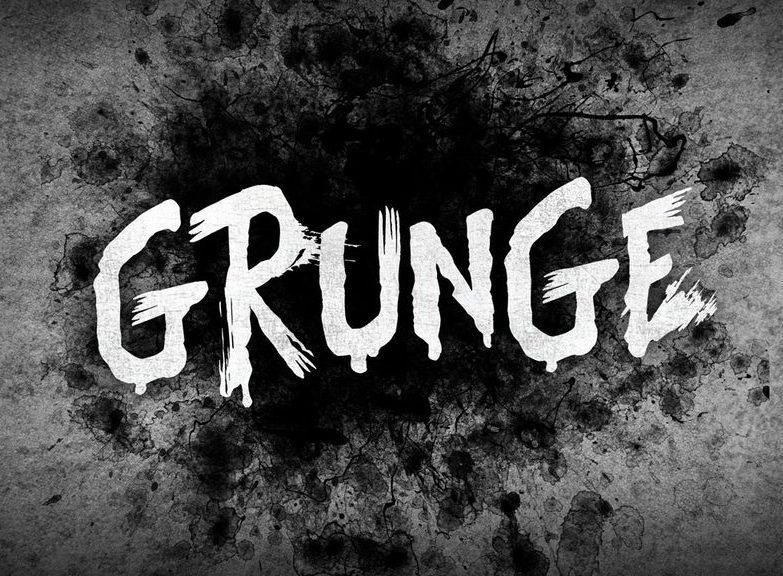 Nevertheless, it was undeniable that MTV, as the gatekeeper of young culture, it had a significant effect on the culture of the time. The “Smells Like Teen Spirit” video aired on MTV’s late-night stepchild, 120 Minutes, and was almost a violation of their standard design aesthetic. At the time, the group was known for producing dark, pessimistic music, yet they were markedly “I don’t care” in a manner that the industry’s more self-aware harder rock bands weren’t.

The fact that Nirvana was such a fantastic representation of the music of the 1990s was due to the fact because their music was not distinctive in scope. Punk, garage rock, indie pop, country, and blues all had an influence on the band’s sound. Key facts to remember for our 90s music quiz.

Grunge’s chart domination in the UK at the beginning of the 1990s was followed by a process termed as Britpop. The second, creatively definitive album that established Blur as one of the British rockers of the early 21st century was entitled Modern Life Is Rubbish. Referencing music giants such as The Jam, The Kinks, and The Who, the Cool Britannia attitude recalled the 60s, when an unparalleled musical culture was developed. 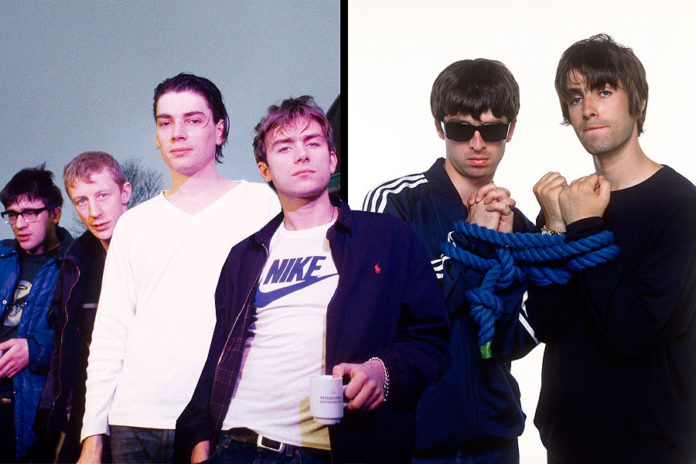 Blur not only paved the path for British music in the ’90s, but they also had to contend with fellow Brit-rockers Suede, who released their excellent self-titled debut the same year. In 1994, Blur published their seminal Parklife, which was the foundation for the Britpop movement, spawning some outstanding albums, such as Different Class by Pulp, the self-titled Elastica album, and I Should Coco by Supergrass, as well as the second chapter of Oasis’  Definitely Maybe.

However, according to Billboard’s new reporting, R&B and hip-hop had the biggest growth in their partnership with one another. Bell Biv DeVoe, Toni Braxton, Mariah Carey, and Boys II Men were the most successful producers of New Jack Swing in the early 1990s. When New Jack Swing fell out of fashion, R&B, which was strongly soul- and groove-oriented, adopted a sound that was characterized by the singing of Janet Jackson, D’Angelo, Erykah B, ll cool j, to name a few.

However, they were facing competition. Many rap performers had success on both the Hot 100 and R&B charts during the 1990s. Pop stars such as Lauryn Hill and TLC popularised the incorporation of hip-hop into popular music. Although there were several more examples, like Mariah Carey’s 1995 duet with Ol’ Dirty Bastard on “Fantasy,” the inclusion of this song can be seen as a watershed point in the 90s music breakthrough period.

Well, we hope you have enjoyed our mini-trip back in time to the 90s. We are just trying to get you up to speed and ready for our 90s music quiz. If you want to try our other music quizzes, go ahead. Do us a favor and hit the big green button below to begin the quiz.